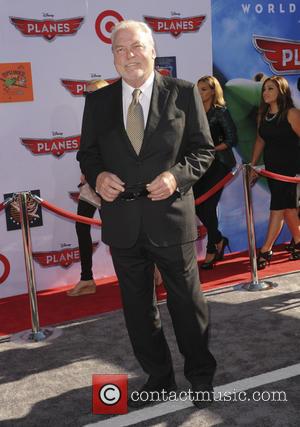 Actor Stacy Keach insists his 1984 drug smuggling arrest in Britain was a good thing - because it forced him to realise his cocaine abuse had spiralled out of control.

The Tv veteran, 72, has opened up about the extent of his past drug troubles in a new autobiography, titled All in All: An Actor's Life On & Off the Stage, and he reveals he became a coke fiend as her tried to keep up with the strenuous filming schedule on his hit drama series Mike Hammer.

Keach tells the Globe, "I felt euphoric and alert. I had no idea about the drug's potential for damage and destruction... (but) my work grew erratic, sloppy. I couldn't see it.

"The arrest came just in time, saving me from myself."

The actor was arrested in London after he was caught trying to smuggle cocaine into the country in a fake shaving cream container, and he served six months behind bars.

Upon his release, Keach vowed to quit cocaine: "I cleaned myself up and stayed clean on my own."

In his memoirs, the star also credits longtime pal Jon Voight for saving his life in the early 1970s after Keach was passed over for a role in Catch-22.

He recalls, "My ego was shattered. I thought I was going to slit my wrists. Jon consoled me and even checked up on me... I've always been indebted to him for that."