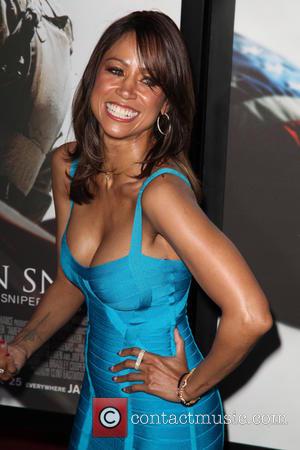 Picture: Stacey Dash - Photo's from the red carpet at the Premiere of the biographical action movie 'American Sniper' which Stars Bradley Cooper and Sienna Miller....

Actress-turned-Tv commentator Stacey Dash will be opening up about the backlash she has received as an outspoken conservative in an upcoming memoir.

The Clueless star has inked a deal with Regnery Publishing to release There Goes My Social Life, which is scheduled for release this summer (15).

Dash came under fire in 2012 after making negative remarks about Democratic U.S. President Barack Obama on Twitter,com, while endorsing Republican rival Mitt Romney's run for office in the White House.

Hollywood's liberals were stunned by her statements, and Dash is expected to detail the "swift and brutal backlash" from her peers in the book.

Last year (14), Dash was recruited as a contributor for America's Fox News network, which is known for its more conservative views, and she hit the headlines earlier this week (beg23Feb15) when she criticised fellow actress Patricia Arquette's Oscars acceptance speech, during which the Boyhood star called for all minority groups to stand firm with women over the equal wage debate.

Appearing on U.S. Tv show Fox & Friends, the Clueless star said, "I was appalled. I couldn't believe it. First of all, Patricia Arquette needs to do her history. In 1963, (President) Kennedy passed an equal pay law. It's still in effect. I didn't get the memo that I didn't have any rights."