The joke appearance from the ‘Clueless’ actress fell flat during Sunday night’s ceremony.

Against the backdrop of the ongoing diversity debate in Hollywood, comedian Chris Rock did a stellar job of hosting this year’s Oscars ceremony. But one joke did fall noticeably flat at the Dolby Theatre last night, when actress Stacey Dash appeared to wish everyone a "Happy Black History Month!” 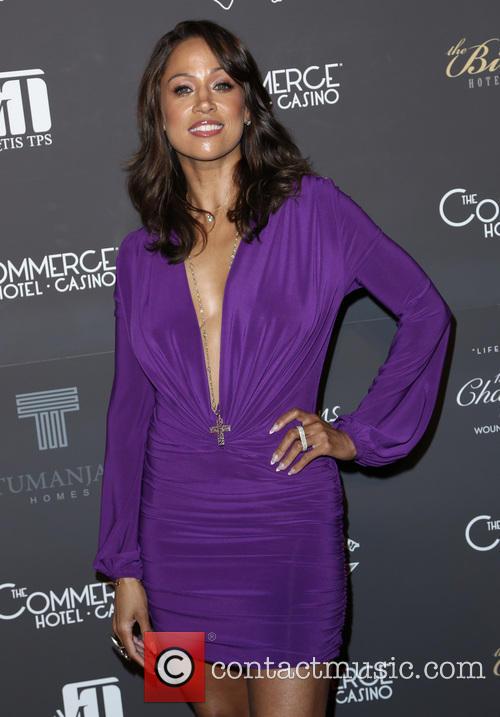 Stacey Dash appeared at last night’s Oscars, but no one got the joke.

After addressing the diversity debate head-on during his opening monologue, Rock later brought out Dash, jokingly introducing her as, “the director of our new minority outreach program.” "I cannot wait to help my people out," Dash then said onstage. "Happy Black History Month!”

The joke received a confused response from the audience, with Chrissy Teigen’s reaction immediately becoming the meme of the night. Chrissy’s cringing face was soon shared all over twitter and the model herself made sure that everyone knew her reaction was to Dash and not Sarah Silverman, who was next onstage.

‘I was making the face from the Stacey Dash moment ahhhhhhh not Sarah!’ Teigen tweeted. The Weeknd was also shown in the audience, covering his face as Dash was onstage. Although best known as Dionne from Clueless, Dash now regularly appears on Fox News, where her comments regarding race have often caused controversy.

Chrissy Teigen was all of us reacting to Stacey Dash #Oscars pic.twitter.com/vabY85bfz1

Addressing the #Oscarssowhite controversy on Fox last month, Dash said “If we don’t want segregation, then we have to get rid of channels like BET and the BET Awards and the Image Awards, where you’re only awarded if you’re black. If it were the other way around, we’d be up in arms. It’s a double standard. There shouldn’t be a black history month. We’re Americans, period.”

After her Oscars appearance Dash took to her blog with a post titled: ‘Who is Stacey Dash and why did she just walk across the #Oscar stage?’ ‘I spoke out against the #OscarsSoWhite controversy,’ Dash wrote. ‘My take? We need to stop complaining about white people oppressing us, we shouldn’t boycott The Oscars, and we need to support Chris Rock the host.’

‘Which brings me to the joke. When they added ME to increase the diversity, I’m sure many black people rolled their eyes. I’m not “black enough,” they say. But guess what? I’ve heard that all my life. I would rather be a free thinking, black than a cookie cutter black who thinks – and votes – just like all my friends.’