By Holly Williams in Music / Festivals on 26 February 2015

It feels a bit crass - probably because it is - to label Tom Jenkinson (he of the SquarePusher moniker) as a scene granddaddy, particularly when you consider that it's hard to define exactly what that scene might be. This is mostly because the sixteen years since his dÃ©but album Feed Me Weird Things was released have, for him, been about boundary pushing, total refusal to be niched and generally being bloody awkward along the way, making the kind of music that his minority fan base regards as visionary whilst the more open minded have frequently been left scratching their heads. 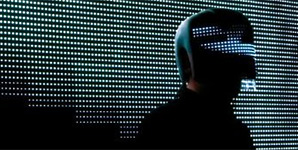