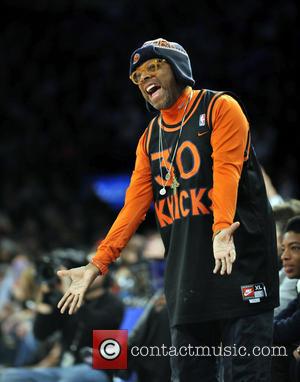 The movie, which stars Kerry Washington, Jamie Foxx and Samuel L. Jackson, follows the fortunes of a freed servant trying to rescue his wife from a brutal plantation owner, played by Leonardo DiCaprio.

The project has received rave reviews, but Lee won't be watching it because he's convinced it's one movie African Americans should avoid.

He tells Vibe magazine, "I can't speak on it 'cause I'm not gonna see it. All I'm going to say is that it's disrespectful to my ancestors."

The filmmaker also took to his Twitter.com account over the weekend (22Dec12) to blast the modern spaghetti western, writing, "American Slavery Was Not A Sergio Leone (director) Spaghetti Western. It Was A Holocaust. My Ancestors Are Slaves. Stolen From Africa. I Will Honor Them."

This isn't the first time Lee has taken offence to Tarantino's work - he also spoke out against his 1997 movie Jackie Brown.

He told reporters, "I have a definite problem with Quentin Tarantino's excessive use of the n-word. And let the record state that I never said that he cannot use that word - I've used that word in many of my films - but I think something is wrong with him."