Filmmaker Spike Lee Has Landed A New Role As The Grand Marshal Of The New York City Marathon. 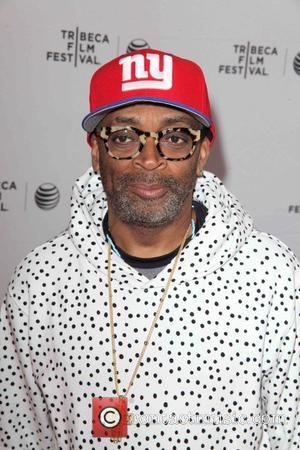 The sports-mad Do the Right Thing actor/director will become the first Big Apple native, and only the third person ever in the race's 45-year history, to take on the honour.

"It's gonna be a great day in my life," he tells The Associated Press. "All those runners, coming from all over the world to New York? It's gonna be a fun time."

The long-time New York City Marathon fan is especially excited to play a part in the annual event because tuning in to the TV coverage has been a tradition of his whenever he's away from home.

"When I was in college, at Morehouse in Atlanta, this was really my New York fix, watching the marathon," he explains. "Because I will go to my grave, you know - hopefully no time soon - saying that New York City is the greatest city on God's planet! And I think the marathon is a big demonstration of that, people coming from all over the world, to do their best. There's no better city in the world to do that than New York City."

The 58 year old follows in the footsteps of Czech athlete Emil Zatopek, who served as grand marshal in 1979, and Norwegian marathon star Grete Waitz, who held the title in 2003.

A statement released by marathon boss Michael Capiraso, president and CEO of the New York Road Runners organisation, reads: "When we looked at having a grand marshal for this year's TCS New York City Marathon, we envisioned someone the world would immediately recognize as a sports enthusiast and quintessential New Yorker, and Spike was the perfect fit."