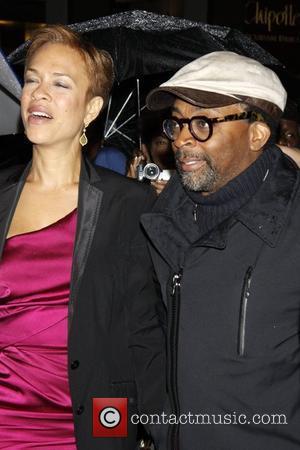 Hollywood filmmaker Spike Lee paid a touching tribute to his ancestors on hit U.S. genealogy show WHO DO YOU THINK YOU ARE? after learning he is descended from slaves.
The Malcolm X director took an emotional journey to Atlanta, Georgia for the series, in which celebrities trace their family trees.
And Lee was stunned to discover a link between his enslaved great-great grandfather, Mars, and a character from his breakthrough film She's Gotta Have It.
He explains, "When I was writing the script for She's Gotta Have It, I was stuck for the name of the character and I called my grandmother up and said, 'I need a name.' She came (up) with this - Mars... It fit because Mars in the film is crazy. That's insane. My great-great-grandfather's name is Mars."
Upon discovering Mars had purchased 80 acres of land after he was freed of slavery, Lee travelled there to bury a necklace he wore in the film with Mars' name inscribed on it.
Crediting his ancestors with inspiring his career, he added, "This is it. That was the spirit that made me pick up the phone and say (to my grandmother), 'Mama, I need a name.' That was the spirit of Mars that made that happen."
In another surprising moment, Lee learned that he has a Caucasian relative - and decided to meet Guinevere Grier, a white woman who is the filmmaker's cousin twice removed.
He told Grier, "Throughout the years I would just be in an airport anywhere in America seeing random white Americans, saying and think to myself, I could be related to them. I never thought anymore about that but now it's hit me in the face. I'm on your couch and we're cousins."
The experience has inspired Lee to make a new film about his enslaved ancestors.
He adds, "I've always known who I am, but now I know more. The journey's been very meaningful. It's a living record of my ancestors on my mother's side of the family. Hopefully in the future I (will) do a film... that deals with the complexities that happened on the plantation."