Franco Reprimanded For Texting In Class 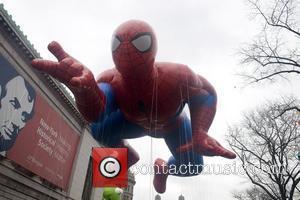 Spider-Man star James Franco felt the wrath of an angry professor after he was caught sending text messages during a university lecture.
The actor has been studying filmmaking at New York University's prestigious Tisch School of the Arts, and realised his stardom wouldn't afford him any special treatment when he used his cell phone in class earlier this month (May10), and was reprimanded by his lecturer.
A source tells America's Star magazine, "The professor was so annoyed that James wasn't paying attention; he told him to go wait outside the class. He didn't care James is a celebrity."
And Franco was immediately humiliated by the scolding: "James said he felt like a kid."