Spice Girls Reunion Is Happening - But Without Victoria Beckham

Geri Horner said that "it'll just be the four of us", with Beckham opting to concentrate on her fashion career.

After a great deal of speculation about a potential Spice Girls reunion, the group has mixed news – it’s going to happen, but without Victoria Beckham.

Speaking on Chris Evans’ BBC Radio 2 breakfast show on Thursday (January 14th), Geri Horner (aka Ginger Spice) said that while there wasn’t anything “definite or concrete”, confirmed that “it’ll just be the four us” and “when it’s definite we’ll announce it together”. 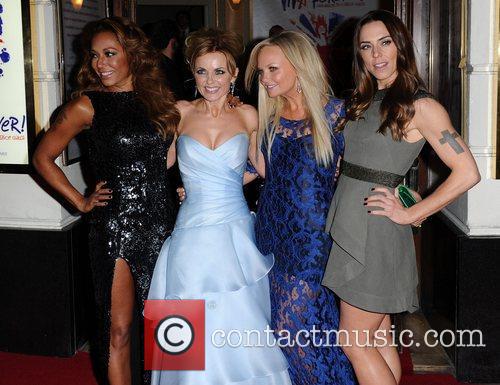 Such plans have been rumoured for a number of months, but recently a question mark was placed over its viability when it was reported that Mel B, aka Scary Spice, would not participate if Victoria wasn’t going to do so. This would now appear to have been smoothed over, though.

The consistent stumbling block has been the involvement of Posh Spice, who did sign up for the special performance at the closing ceremony of the London 2012 Olympics but who has said in the recent past that she doesn’t have any intention of doing further shows.

“Sometimes you've got to know when it's time to leave the party,” she told Vanity Fair magazine last year. “Doing the Olympics was an incredible honour. I was so proud to do it. That was a perfect time to say, 'That's great. Thank you to everybody, but no more’.”

Via a spokesperson, she also confirmed today that she doesn’t want to be involved with the rumoured 20th anniversary plans, honouring the 1996 release of their first single 'Wannabe'. Instead, the 41 year old designer wants to concentrate on her thriving fashion career.

Beckham, also a mother of four, “has been very respectful about the fabulous time they had together in the past, however her focus is now very much her family and fashion business," according to TMZ.