The Spice Girls Tease Reunion In New Video - But Are They Now GEM?

Have the Spice Girls reformed as a trio called GEM?

There's been talks of a Spice Girls reunion going around for a few months now, and now it seems something's finally happening. However, you can probably say goodbye to Posh and Sporty for good because the group have allegedly re-named themselves GEM (for Geri, Emma and Mel B). 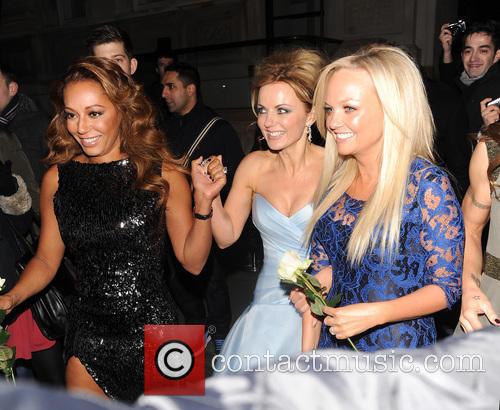 To coincide with the 20th anniversary of the release of their smash hit debut 'Wannabe', the Spice Girls have announced that some of them - Emma Bunton, Geri Horner and Melanie Brown - will be reuniting, perhaps under the new moniker GEM. They launched a video teasing that they may be preparing for that big London Hyde Park in July 2017 that appeared in headlines this week, but they can't tell us anything about it yet.

More: The Spice Girls could be planning reunion gig for July 2017

'We've been thinking, we have the best friends in the whole entire world', they said in the video. 'You've stood by us for 20 years, and we want to say a big thank you. We've had our ups and downs, but you've always been there. And we wanna celebrate and have a party. And when we do, you're all invited!'

Sadly, there was no sign of Melanie Chisholm or Victoria Beckham. Not that we ever thought there would be; the latter has been quite firm in her desire not to re-join her former bandmates and instead focus on her blossoming fashion career, while Mel has always said that she's not up for a reunion unless it's all five of them.

Mel C still showed her support for Spice Girls though with a witty Twitter message and a throwback shot of them. 'Happy 20th Birthday #Wannabe you haven't aged a bit!' She wrote.

There's also evidence that the group have been recording new music too. Their long-time producer Eliot Kennedy said as much on 'Good Morning Britain'. 'We have been in the studio, with just three of them - Mel B and Geri and Emma - and we had a fantastic couple of days', he said. 'We wrote a brilliant song and the energy was exactly like it was 20 years ago, just as enthusiastic, just as much to say, just as much to celebrate.'