Mel B commented this week that a headline slot "has been talked about".

The Spice Girls reunion next summer is gathering serious pace, with new reports that the band could headline 2019’s Glastonbury Festival.

The reunited group – minus Victoria Beckham – could be set to bring girl power to Worthy Farm in June next year to take one of the two remaining headline slots, after grime megastar Stormzy was confirmed at the top of Friday night’s bill last month.

The Sun reported comments made by Mel B, who said that headlining Glastonbury had “been talked about” with organisers Emily and Michael Eavis.

The Spice Girls (minus Victoria Beckham, far left) are rumoured to be headlining Glasto

“Glastonbury. It’s been talked about,” she told Jessie Ware’s Table Manners podcast this week. “But we’re so pop and it’s so cool — that’ll be funny to me. I think Mel C would really appreciate us doing that — she’s the cool one. She’s the cool indie chick.”

Other names tipped for the Pyramid Stage at Glastonbury 2019 include Sir Paul McCartney and Madonna, while Kylie Minogue is widely rumoured to be filling the Sunday afternoon ‘legends slot’.

Michael Eavis has previously said that next year’s edition could look quite different, saying that “two or three acts that have never played before” could be set for the Pyramid Stage. 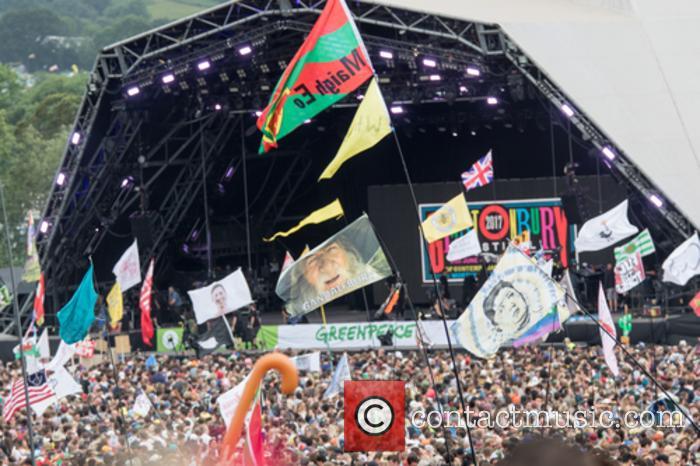 Many fans who’ve laid out £300 for tickets have been bemoaning the possibility of a Spice Girls headline slot, but it’s entirely possible that Mel B could have been referring to that legends slot, something previously filled by ELO, Tom Jones, Dolly Parton, Neil Diamond and Lionel Richie.

Following a fallow year in 2018, tickets for the 2019 festival, taking place from June 26th-30th, sold out in just 32 minutes when they went on sale last month, with a limited number up for re-sale in April.