Spencer Grammer was attacked by a man with a knife at the weekend, suffering lacerations to her arm, while her friend was stabbed in the back but is expected to recover. 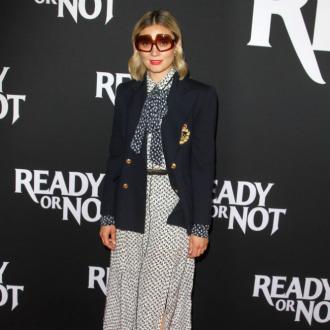 Spencer Grammer was attacked by a man with a knife at the weekend.

The 'Rick & Morty' star was dining outside The Black Ant in New York City with a friend when a man walked up and demanded to be served as the restaurant was about to be closed.

The 36-year-old actress and her pal tried to calm the guy but he lashed out at them with a weapon.

Spencer told Us Weekly magazine: ''My friend and I did what anyone else would do in the same situation. Several others, predominantly women, were also attempting to prevent the altercation from escalating.

''I sustained a laceration on my arm, and my friend was stabbed in the back, but thankfully he suffered no serious internal injuries. We expect to recover quickly.''

The 'Greek' actress - who is the daughter of Kelsey Grammer and his first wife Doreen Alderman - paid tribute to the medical staff who attended to her and her friend.

She said: ''We want to thank the first responders and the staff at Bellevue Hospital, who provided us with excellent care. They fought an incredible battle this year. It was very moving for us to have the opportunity to thank them in person.''

The man fled the scene and police are currently investigating.

A New York Police Department spokesperson said in a statement: ''On Friday, July 24, 2020, at approximately 2310 hours in front of 60 2 Avenue (9 Precinct), an unknown male stuck a 36-year-old female in the right arm with an unknown object causing a laceration and swelling.

''A 31-year-old male was also struck in the lower back causing a laceration. The complainants were removed to Bellevue Hospital in stable condition.

''The suspect fled the location on foot. He is described as a male black in his 30s, approximately 5'08'' and short black hair.

''He was last seen wearing a white T-shirt, black shorts and black sandals.''