Louis Jones might only be in his early twenties but his Spectrals alter ego has seen him become a veteran of the lo-fi garage pop scene. With over a dozen releases to his name since 2009's 'Leave Me Be' seven-inch which introduced Spectrals to the world, he's changed direction more times than a headless chicken (not that we're accusing Spectrals music of being disorientated; far from it). From the surf punk Mary Chain-isms of his initial works, to the refined and occasionally sensual melancholia of 2011's debut long player 'Bad Penny', Jones isn't one for standing still long enough to be pigeonholed and shoehorned into any specific genre - which is just as well because the potential to become one of the UK's most prolific songwriters is there for all to see. 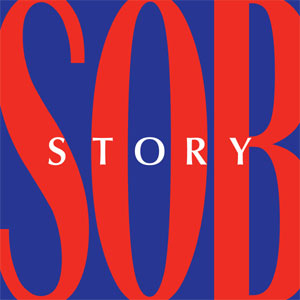 While follow-up 'Sob Story' doesn't attempt to re-invent the wheel - after all, what's the point in changing something that works just fine in the first place? - there's a marked progression from its predecessor throughout the record's twelve pieces. Those Alex Turner comparisons that have followed him since 2010's self-titled EP - sometimes applied lazily - have a more credible vein to them here. Not least in the way Jones vocal style bears numerous similarities, from the sentimental croon that envelopes the majority of 'Sob Story' to the occasional embedded vowel pronunciation.

More than anything though, this is a record that illustrates what a precocious talent Jones is; unique in many ways for someone so young, particularly when considering 'Sob Story' is exactly what it says on the tin, an album doused in despair and heartbreak. At times sounding as if he's about to fall apart under the weight of his own misery, there's also a youthful effervescence raging under the surface. So when he's singing, "Why do I let it get on top of me?" on the countrified title track or 'She couldn't be you if she tried" on football chant for the underachievers 'Milky Way', it creates a tide of optimism to gloss over the unhappiness.

Spectrals - It's Xmas And I've Got Everything I Want

Spectrals' single, It's Xmas And I've Got Everything I Want, was originally released in 2011. His debut album, Bad Penny, was released in October 2011, with debut single, Get A Grip, being released in August 2011.

Continue: Spectrals - It's Xmas And I've Got Everything I Want

By Dom Gourlay in Music Reviews on 10 October 2011

Leeds based singer/songwriter Louis Jones may not have endeared himself to some of the city's musicians after comments made about its incestuous existence, but there's no denying he's something of a unique entity, as the eleven songs that make up 'Bad Penny' ably demonstrate. While not exactly a newcomer having released a handful of well-received singles along with last year's 'Extended Play' mini LP, this long-awaited debut marks a further progression in terms of Jones' songwriting that sets him a million miles away from the Mary Chain inspired musings of his earlier creations. 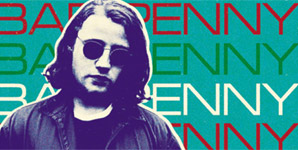 Continue: Spectrals - Get A Grip 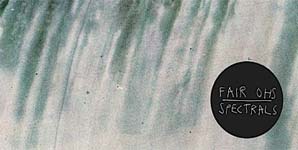