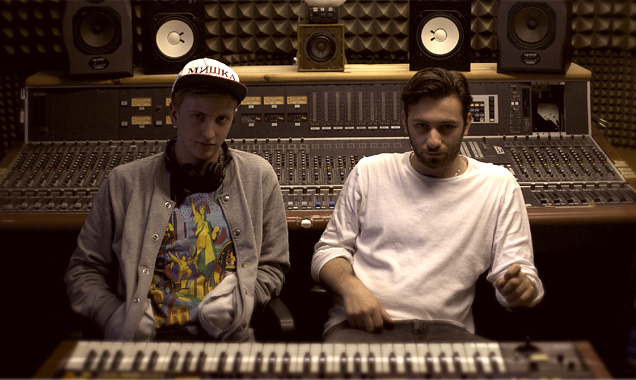 Speakman Sound are brothers Todd and Guy Speakman. The producer duo hail from Glastonbury and combine their love of 60s psychedelia with a soulful twist, think Dan Deacon does vintage house and you're almost there.

Their latest single 'In Flight' is a beautifully crafter slice of modern ambient house with Georgia Mason. The brothers Speakman stopped by for a quick chat to tell us about the single and their plans.

Contactmusic: Why did you decide to start making music together?
Speakman Sound: We were bored of playing Batman and Robin and Dad let us into his studio.

Todd and Guy Speakman, also known as Speakman Sound, have released a music video for their latest single 'In Flight'. The duo are brothers from London, who have steadily gained interest for their electronica from groups like Ministry of Sound, BBC Radio 1, Amazing Radio and BBC 6Music.

The video depicts many evocative images: birds in flight, hiking boots in the snow, tropical leaves and ice on a beach - steadily lapped at by the waves. It conjures the sense of a whole united world, captured on film, from rivers to mountains to forests. Perhaps the main focus of the video, is a collection of school children from various racial backgrounds, seen dancing around a collection of balloons on a piece of paper on the floor. All at once, they begin to stamp on the balloons as part of the collective dance, and it is revelled that they are filled with paint. They dance and laugh and spray paint all over the large sheet of paper, along to the lyrics 'We will move our feet to see the world'. This all culminates in the children leaving the paper, to show a messy, yet beautifully depicted map of the entire world, painted from their dancing.