Review of Spitting Daggers Album by Sparrow and the Workshop

The members of Sparrow and the Workshop hail from all over the world - frontlady Jill O'Sullivan was born in Belfast but raised in Chicago, and her band mates were born in Scotland and Wales. Somehow, they've all found their way to Glasgow, and they've formed a band, and it sounds pretty much just like you'd expect it to sound. Eclectic. O'Sullivan's voice sounds strong and clear, like an Irish folk singer, but there's an occasional twang to her accent which adds an unmistakeably country-ish, American element to the blend. The guitar ranges from light and acoustic to crunchy, with occasional downpours of reverb. As a band, Sparrow and the Workshop have an interesting texture - they're like the battered prawns of the music world. You know how they're crunchy on the outside and soft on the inside, but they can also be kind of chewy? Yeah. 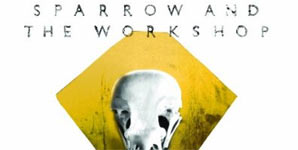 Their début album, Crystals Fall, was very well-received; a hard act to follow. However, Spitting Daggers definitely lives up to the expectation. It's shorter, and somehow more intimate than its predecessor, in which they sounded big and expansive, and a larger band than they are. Here, O'Sullivan's voice is often accompanied by little else than shuffling drums and reserved guitars, but at other points the drums pound and the crunch is turned up on the guitar, and electric organs join the party, and the tone changes. It feels like they've scaled things back a little bit, but it's not to their detriment at all, it just produces a slightly different sound.

The opener, 'Pact To Stay Cold', reveals a beefier side of the band. A jangly, clean guitar contrasts against a tough, Wolfmother-style distorted guitar riff, while O'Sullivan sounds like Mattie from True Grit, with her brash country-tinged voice barking lyrics about a man who has broken a pact to stay away from her, which she is evidently rather unhappy about: "All these years I buried myself/Far away from the stretch of your gaze/Now you're here with a coat in your hand/What about our pact to stay cold?" It's a great example of what the band can do when they turn up the angry on all of their instruments and just go for it. The song that follows, 'You Don't Trust Anyone', is equally as filled with attitude. A growling low guitar gallops alongside a steady thumping drum beat, and O'Sullivan's voice suddenly sounds bluesy and muffled, as if she's singing through a megaphone. This sounds particularly cool when it comes to the chorus, which features a brilliant guitar riff to boot.

The more subdued parts of the album are equally as good. In 'Old Habits', O'Sullivan ditches the blues and the megaphone or whatever it was she used in the earlier tracks, because this is a folk song. She sings almost sadly, yearning, accompanied by slow, soft guitar and bass, quiet drums, and the occasional male harmony. It's a perfect night-time song. 'Our Lady Of The Potatoes' is very similar it its quiet folk sensibilities, though it picks up a little during the choruses and features a subtly placed horn section, which is always welcomed. Both are definite stand-outs.

The main stand-out track is 'Snakes In The Grass', which, rightly so, is the album's first single. It's just unbelievably catchy. It isn't just stuck in my head, it's taken up residence there. It permanently lives inside my skull. This time, O'Sullivan's voice sounds big and bold, and while the bass line carries the main tune, she investigates her entire vocal range. I can't put my finger on what makes this song so catchy - it could be the simple tune, or the powerful drum beat, or the easily-remembered-yet-incomprehensible lyrics. I don't know what "I'd like to chase you through the grass/But I know I'm far too slow/So please lean back/Lean back and let me rest beside your shadow" means, but for some reason I really want to sing along.

Spitting Daggers is an entertaining mixture of the best parts of a whole bunch of different genres. If you like country, rock, folk, blues or anything in between, there's a good chance you'll like this. The album should come with some kind of warning label though, because 'Snakes In The Grass' will undoubtedly embed itself inside your head and refuse to come out. 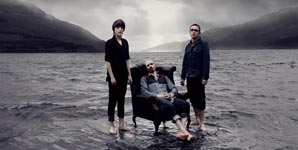 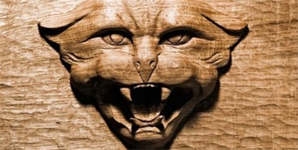 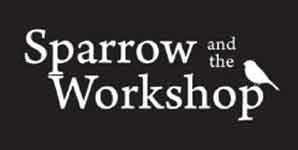 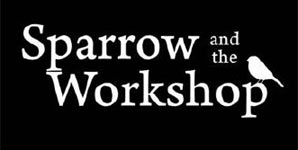