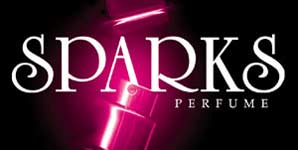 "With other acts clinging limpet-like to their heyday, the key to Sparks' ongoing advance is written large on Perfume – "well, screw the past." There is no-one else in pop making music like this" Record Collector
Emerging from the Los Angeles club scene in the early Seventies, Sparks' classic album 'Kimono My House' led to huge success in the UK with the massive hit single 'This Town Ain't Big Enough For Both Of Us'. Powered by Russell Mael's unique falsetto with brother Ron's satirical lyrics, Sparks provided both intelligence and tunes during the flamboyant era of glam-rock.
Sparks have continued to score numerous hit singles throughout their thirty year career and their melding of power pop, electronic dance and glam theatrics have proved hugely influential to any number of bands from the punk and new wave scenes to modern day acolytes like Franz Ferdinand, Kaiser Chiefs and Morrissey. Most recently, Justin Hawkins of the Darkness, under the name British Whale, took a cover of 'This Town Ain't Big Enough For Both Of Us' into the top ten, with both Ron and Russell featuring in the video.


But the Maels refuse to rest on their L.A. laurels and instead persist in creating music that is unique and challenging, that sounds like no-one else, and that will continue to impact and inspire.


The first single to be released from Sparks 20th album 'Hello Young Lovers', 'Perfume' is a record that only Sparks could have written and recorded. As one journalist has commented "Perfume is a sophisticated slice of grown up leftfield pop, a wry and acute broadway-flavoured satire the like of which only Sparks can produce"


On the live front, Sparks are one of the most thrillingly original bands to have ever emerged from the US, Sparks return to Britain in February as part of their European tour. Don't miss this chance to see one of the most eccentrically brilliant bands around!