By Andrew Lockwood in Music Reviews on 16 March 2011

Once a Sydney four piece with a fair degree of success, Sparkadia released a well received, and fondly remembered, debut album 'Postcards'. As their success and reputation escalated they toured extensively with the likes of Elbow, Vampire Weekend and The Pet Shop Boys, to name but three. That was 2004-2009 which culminated in a performance at The Big Day Out and the bands unfortunate 'disintegration'. Their frontman and mainstay, Alex Burnett, was not to be deterred by such insignificance's. 'Travelling from Berlin to Stockholm and New York to Los Angeles before settling in East London............... He started working with producer Mark Tieku (Florence And The Machine)' and 'Mary' is the first song to be released as a result of their collaboration.

This is the first release under the Gold Dust label, named after the alternative pop night at The Hoxton Bar & Kitchen (Notable past performers having included Jesse J and Ellie Goulding) and represents the first single taken from Alex's imminent new Sparkadia album, 'The Great Impression'. 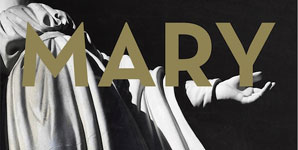