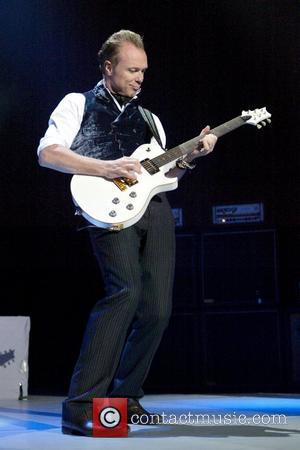 Spandau Ballet star Martin Kemp has confirmed his pal George Michael is "doing okay" and coping "as well as you can expect" in prison as he serves out his eight-week sentence.
The former Wham! star has been behind bars since last week (14Sep10) when he was jailed for possession of cannabis and driving under the influence of drugs following a car crash in north London in July (10).
But despite Michael's recent troubles, Kemp has defended the singer, insisting the star is a good man and a "wonderful" friend.
He tells Britain's Daybreak show, "I have to say, he is like one of my best friends and he is the most wonderful man that I know, absolutely without a word of a lie he is fantastic. And if you're watching today (George), I hope you're well."
And Kemp insists Michael is coping with his jail time, adding, "What can you say, you know, what can you say? I wouldn't like to talk for him... I heard he's doing okay. He's doing as well as you can expect."