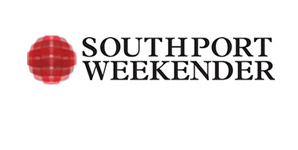 Well it's that time again! Southport Weekender is with us once more and this time it's the summer one!! The summer one is always the most popular obviously due to the hot weather so partying in the chalets can be constant. There's a real drive to impress and have the best chalet party at Southport so there's loads of action going on outside as well as inside the venue. Obviously anyone who knows about Southport knows about the quality of the DJ's and artists performing there as people keep coming back to the weekender and I don't think even the crew could believe it could sell out in just six weeks!! Southport Weekender 44 was on and as you'd expect there was going to be plenty of smiley happy people and a lot of soul.

When I first arrived I was disappointed not to see Norman Jay who I pretty much bumped into for the past two years whilst collecting my ticket. When I looked at the line up it was clear he was not going to be here this weekend as well as Giles Peterson which seemed most surprising. I later discovered these boys couldn't attend due commitments to a festival abroad that I thought was cool for them to representing the Southport spirit overseas. Halo took the 'Good Times' slot early on in The Powerhouse on Friday and happened to get the biggest crowd ever in there at that time. Usually the event doesn't hit full throttle till after 1am but it was cooking straight away. A definite good start and the room was looking special too.

Usually I'd be in The Beat Bar at that time checking the legend that is Snowboy rustling up some serious progressive Latin inspired funk and serious rhythms but thankfully he was back on the next day at a similar time. I did manage to slip into The Funkbase and see N'Dambi singing some sweet jazz soul, very much inspired by Eryka Badu and no surprise that N'Dambi was a backing singer for Badu on 'Baduizm'. I think she was taken back by Southport.

I seemed to spend more time in The Powerhouse on Friday than usual this time as well as the Connoisseurs' Corner. The Martinez Brothers, DJ Spen, Kiko Navarro and a live performance from Ann Nesby we would expect a great atmosphere and plenty of dancing people. In the Connoisseurs' Corner the usual Southport veterans Andy Davies, Gary Dennis, Terry Jones, Andy Davies and Bob Jones are a credit to the institution with such a wonderful record collection you can never fail to smile, vibe or reminisce to a classic or rare tune you've never heard before. But the real star of the show that evening was Joey Negro aka Dave Lee playing an onslaught of disco, rare groove and gems that rocked the room. It didn't stop in there due to the soul bangers and seriously phat tunes played by Mike Stephens and Paul Trouble Anderson truly making Southport the stylish and musically sophisticated place that we all go there for.

I missed Ms Dynamite in The Funkbase but managed to check Steve Sutherland who certainly was rocking the crowd. Other regulars were there like Bigger, Steve Wren, Ronnie Herel, Simon 'Schoolboy' Phillips and Rampage was also there so you know the music was going to be first class. I did manage to check Kaidi Tatham playing live in The Beat Bar that certainly showed some smooth skills and progressive elements that always makes The Beat Bar cutting edge. To follow was IG Culture, Atjazz, Kevin Yost and Marcus Worgul so some serious stuff in there.

What I love about Southport Weekender is the way the change the music styles in each room for each day. So on Saturday afternoon we get the sounds of the Connoisseurs' in the Funkbase that is called 'The Legendary Soul Sessions'. It makes it all a bit different and keeps you interested. 'The House Sessions' in The Beat Bar are always excellent and then The Powerhouse is set for great live events, this time being Nate James and Incognito. Both acts great and perfect for that Saturday haze and act as a perfect boost to get you going for the night time. Indeed the gigs were spot on and the masses came out from the parties in the chalets and forgave tired eyes to see these acts. You don't want to miss the live acts in the afternoon as they are always exceptionally good at Southport however you can't see everything at Southport or you miss the true experience and mostly that's about meeting all the great people there.

Saturday night was here and I ended up going straight to The Powerhouse for another fix of soulful house music and killer dance tracks. Indeed Alix Alvarez smashed it. It was rocking in there. The Fanatix carried the atmosphere on in there but it was DJ Jazzy Jeff who absolutely rammed the place and it was no surprise too. Tune after tune the mighty Jeff was killing the room in fact he made some swoon from all the heat coming from the room. Definitely credit due where credit due and it was he's first time in that room too! Genuinely smooth and cool too and a memory I think many will not forget.

The Beat Bar had a few interesting names in there as per usual. Stephanie Mckay played a cool gig and it was interesting to see how progressive Southport is regarding different styles of music. I think she did ok. Waajeed and Eddy Meets Yannah followed but many came down to see Phlash (aka Phil Asher) and few friends like Mark De Clive Lowe cooking up some tricks, very cool. Ron Trent was to finish the room in true master style, bangin!

In The Funkbase we had the debonair smooth guy that is Montell Jordon performing and to say how long in the game he's been doing this I had to say he was looking well. A few oldies to get the crowd going certainly worked but for me the Dreem Team UK Garage Special was the most memorable feature in The Funkbase for me this Southport. It was great to hear some killer UK Garage with no attitude or negativity. Rather just everyone getting down and loving the music. That was special. In The Connoisseurs' we had the usual suspects and a sweet set from Danny Krivit dropping gems as you come to expect in there.

Sunday was spectacular! You always get Simon Mansell's session in The Beat Bar and Bigger and a few Connoisseurs in The Funkbase but we had royalty in The Powerhouse with 'The Legend' Roy Ayers and our very own Bah Samba from Brighton. Each track was a journey into sound and displayed high musical quality. Class stuff!

Thankfully I made it to the Afterparty this year in The Funkbase that was well worth staying for. I managed to see Halo and Ron Trent that worked wonder for the soul coming down from an epic weekend. A good touch and a nice way for all those that have worked the event to let there hair down and enjoy the great positivity of Southport, indeed they deserve it.

There were a lot of new faces at this one that made for a different experience. It was great that people are still interested in checking the Weekender 22 years after its birth. There were a few grumbles from some of the veterans about not being able to go on site on Thursday night and some of the chalet parties were being protective over there sound systems and not giving other DJ's the chance to spin. Its important to keep the unity and one love spirit that Incognito were talking about at there gig to maintain the spirit of Southport that makes it so popular, unique and inspiring. The old spirit should always remain and the new guard should respect that as it will give more to the experience.
It made me think about the winter one in November. Southport 43 was really good seeing Guru, De La Soul and others as well as the vibe. Southport in the winter was always historically good as it's the die hard lovers of Southport who go. The summer sun of Southport can burn just as brightly in the winter when you get those people together so possibly you newly christened to Southport should check out the winter one too?

Whatever you want to say about Southport Weekender the music is exceptional. There's nowhere that plays this kind of soul, funk, disco, progressive jazz fusion and soulful house anywhere that I've been to in this Britain and the live performances are outstanding. It's credit to the team there that make it so great and I salute you. See you next time!