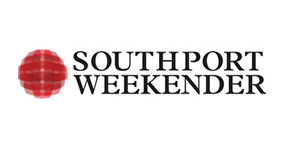 Well would you believe we're back at Pontins in Southport for the legendary Southport Weekender! It doesn't seem anytime at all when I was here last year shocking out to Guru, De La Soul and Roy Ayers and summer one in between. I could only make it down for the Saturday this time but still felt lucky to be there.

When I first arrived I was told the news that this would be the last of the winter Weekenders. I always felt it was a real luxury to have an event in the winter as there's nothing else in the same magnitude during this time of year and it's a great way to get you through the winter. The May date will be the only one taking place in Southport in the future however I hear there's other things in the pipeline! They made some changes to the décor, most notably in the Beat Bar. They extended the dance area and it looked and felt great! As always the place is set up to good vibrations and great sound.

It was good to see regulars Norman Jay and Gilles Peterson back at Southport having missed Southport 44 due to duties overseas. Southport is a music collector's paradise. You wouldn't get the amount of outstanding tunes without the stalwarts that make Southport like Norman, Gilles, Snowboy, Simon Mansell, Bob Jones, Terry Jones, Andy Davies, Mike Stephens, Steve Sutherland, Steve Wren and Bigger who have such amazing record collections! Indeed as soon as we arrived on Saturday straight away you hear tunes you won't hear anywhere else. The Southport brand represents amazing good vibes music that is first class quality.

It was good to see Manchester representing the Connoisseurs Corner. Mr Scruff was back after a sterling performance last year for the Friday night session and The Unabombers dropped some serious electro bombs on Saturday. Big respect to Manchester for showing the sophistication and style deserved in this room.

There are always some great live acts at Southport. For me Mica Paris was a standout act performing in the Funkbase on Saturday afternoon. Always a great room to bring that soulful spirit and the Southport crowd are always a great audience who all seemed pleased to see Mica back, she looked to be enjoying it too. She rocked it!

Jazzanova deservedly securing a regular place at Southport were back this time as a full live band with the former bass player from Amp Fiddler Paul Randolph at the front. This was a real treat and a showcase of serious musical sophistication performing tracks from their new eagerly awaited album. A highlight for sure.

I missed the Sunburst Band but was fortunate to see them in Croatia and they were amazing! I'm sure this would have been really special at Southport. There were some perfect gems for a Sunday afternoon comedown with Brazilian beats Azymuth and India live in the Powerhouse. I checked Yasmeen also in The Powerhouse late Saturday night and she added some sweet vocals to a buzzing room of house tunes. Donaeo performed in the
Funkbase on Friday night also.

As always there were some great DJ's at Southport 45. Kenny Dope, Frankie Knuckles and Kerri Chandler smashing the Powerhouse. Recloose, upcoming Floating Points, Mad, Hats, Kev Beadle and Henrick Schwarz live much to the delight of the Southport crowd all in the Beat Bar. The amazing DJ Spinna was back this time in the Funkbase that I was really looking forward to. I knew I would hear some Michael Jackson at this Southport so the crown goes to Spinna for dropping some sweet Jackson gems to really get the crowd going.

So it was time to bid Southport farewell again this time with the knowledge that I won't be coming back in winter. I couldn't help feeling that I still wanted some more so I've already decided I'm definitely going back in May and I'm sure many will be thinking the same.

Some of the regulars at Southport 45 said this was one of the best Weekenders they've ever had so there was a little bit of sadness that there will only be one a year. However it appears there will be smaller events in the UK and weekenders in Croatia and Switzerland! Wow!