Review of the 47th Southport Weekender that took place on May 6th/7th/8th 2011 at Butlins Resort, Minehead

Some might say it's a miracle to be writing this review, as Southport Weekender continues on into its 24th year as a sold out event, even in a new venue and even despite the economic and changing times. Indeed it is a remarkable achievement and since the humble beginnings at Berwick in 1987 Southport Weekender has endured to become a worldwide leading event and that for many is a 'must be at' event, not only for the supporters, but also for the artists as well. It was great for me to see David Morales at this one who wasn't on the line up this year but came anyway just to be part of the party! It shows how important the event is to many of the pioneers of this scene as there's nowhere quite like Southport Weekender in the entire world! 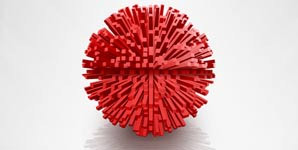 The loyalty that creates the spirit of the Weekender family may be due to the fantastic line up that we continue to see at SP events. Southport Weekender 47 was no exception which for me probably hosted the best line up I've ever seen, showcasing a wealth of pioneering talent and upcoming prodigies, all playing the spirit of soul and progressive music. It's no wonder I met people far and wide to make this one, despite the change of venue. There were the usual Southern contingency, a continued support from the North, a horde of Scots and people from Amsterdam, Belgium, Italy, Israel and even Egypt. It's exactly this kind of support that encourages the creators of Southport Weekender to keep going.

So the new venue! How was it going to fair? Would it be as good as Pontins? For Alex and Dave they had already seen the change before from Berwick to Southport so I guess they had a feeling Butlins would be a great move, but there's no denying there was a serious amount of pressure to make sure SP47 continued the Southport Weekender quality trademark, that always ensures the best sounds and precision timing. Working in a new environment, with new people and rules was always going to mean this Weekender would be different from the last one. There's no doubt arriving on site there was a definite buzz about it. The site was PIMP compared to Pontins. In fact the quality of the facilities was a ridiculous improvement compared to the old venue in Southport. There's no doubt everyone appreciated that, in fact it was interesting to think what we put up with before! There was a swimming pool, fun fair, loads of eating establishments and even flat screen TV's! Crazy! It was cool to have so many artists staying on site too!

Anyone who has any understanding of the contribution that these artists have made to modern house, soul, jazz, hip hop and funk music will be clearly aware that this line up was first class and the Southport Weekender family were in total joy to be experiencing this. For me rocking up to see Rapheal Saadiq playing live in The Powerhouse was a real treat! His move to a live Motown sound on his last album really added to his already popular catalogue. In fact the band remixed one the tracks during the set and really rocked out, bordering on Funkadelic! I'm sure it was an education for many of the crowd but for me a brilliant and charismatic performance that set the tone for more heavy performances throughout the weekend by some really quality musicians. Avery Sunshine's gig was also first class! Displaying wonderful soulful and pitch perfect vocals she brought that fantastic quality soul you always get at Southport Weekender. But let's not forget Naughty By Nature gig too! They played to a packed Funkbase crowd that really hit a high note for many during #47.

The DJ standard was always going to be quality. For me seeing Derrick Carter was a display of pure class and craftsmanship that has been so copied you'd be forgiven for thinking it what he was doing was easy, but quite the contrary. It was a genuine display of pure leadership from the highest level. Also seeing Giles Peterson and Norman Jay, who I've seen many times at Southport, really showed why they are still top of their game. They definitely proved that they deliver quality in any circumstance and showed to me that they really wanted this event to continue on. Other great performances from David Rodigan, Paul 'Trouble' Anderson, Carl Craig and most notably Roger Sanchez really brought the rooms, and ultimately the event, alive!

Despite all these great benefits created at SP47, Friday was always going to be an unusual night. The long history at Southport had always ensured a standard that would be almost impossible to replicate exactly at the new venue first time due to the unknown factors. The fact that between each music room there was a distance to walk unsettled the Southport crowd, albeit a small distance compared to most events. However we had absolutely no distance to walk at Pontins, so this changed the usual Friday night atmosphere. The rooms themselves were different too. The Powerhouse and the Beat Bar had a noticeably different shape and the Connoisseurs Corner was bigger now. The Funkbase was particularly big yet still well received. The fact that there was more capacity on site meant that for health and safety capacity the music rooms had to be monitored, so at some points during the weekend there were queues. These new factors obviously meant the vibe was different and possibly due the lovely accommodation, we didn't see as many folk in the music rooms on Friday as has been the norm at past events. All the pressures were mounting and a few grumbles could be heard but I remained faithful and optimistic.

A huge difference between the new site and old was the quietness around the chalets. The biggest change set by Butlins for #47 was that no loud music equipment was allowed on site, meaning the end of the wild chalet parties (which made the vibe quite unique at Pontins), however this new system does mean you can get a good night's sleep! Many appreciated the more luxurious aspects and you could still have a small party if you were linked up. It meant a better quality holiday but it would've been nice for someone to organise something off site to keep that 'chalet party' aspect alive.

Waking up on Saturday and heading out to the afternoon entertainment you could still sense that people were still adjusting to change and biding their time to get the unique juice you can only really get from the Southport Weekender. Therefore there weren't as many people around as one may have expected on Saturday also. It didn't deter the legendary aspects that make Saturday afternoon so special. Terry Jones and Andy Davies' legendary soul sessions in the Connoisseurs Corner was one of the best I've seen, again highlighting that the old guard really brought #47 together! The Connoisseurs Corner accommodated live music better in the new venue so there were some great performances by Marilyn Ashford Brown, Al Johnson and particularly Dexter Wansel which really make Saturday special, not forgetting the gems the duo Jones & Davies do with such aplomb! It definitely made it a brilliant day! Not forgetting the 'best of British' in the Beat Bar with Gavin Kendrick, Sean McCabe, Craig Smith, Phil Asher and finishing off with Ben Westbeech live pa, certainly adding good vibes to the venue. Lastly the Sun and Moon pub went off replicating the vibe of The Sands in Southport. That was a nice touch indeed!

By Saturday night the connection and adjustment were starting to align. The pressures of the change were being pushed under the carpet by the positivity you always get at the Weekender. Even the extra leg work to get to each room was being accepted. In fact, in true Southport style, the spaces between the rooms were starting to become hot spots!

Many folk didn't come out until after 2am to focus on the buzz of Southport regulars Kerri Chandler, Spen & Karizma and first time appearance by the legendary Jellybean Benitez in the Powerhouse. If folk missed Rasmus Faber & Rafa Orchestra live then you will be gutted, as it was a brilliant performance of creativity and great rhythms. Really pleased I saw that as well as Sean McCabe's nice warm up in the Powerhouse.

There were some great moments on Saturday night. Alice Russell's live performance was spectacular! Benji B certainly put the progression in the Beat Bar and the legend that is Kenny Dope really hit us with a first class chunky beat and classic's performance. Colin Curtis' 3 Decades at Southport special in the Connoisseurs Corner was a real education and created a great vibe, as well as Spinna and Todd Terje to finish the night on a real high. However for me the Funkbase really was successful, especially on Saturday night with N'Dambi really showing some sass and groove, a last minute quality performance from Beverly Knight and the famous legend that is Grandmaster Flash. DJ EZ 'old skool UK garage special' was for many the best feature of #47 and nice to see Trevor Nelson back too! The Funkbase was really popular this year and the queues certainly proved this.

By Sunday the Southport family had reunited under a different roof again in the history of the Weekender. The smiles and appreciation certainly showed that the move had been worth it, as the vibe was happy and optimistic. The Sunday afternoon sessions still kept the classic elements alive with Old Skool, Boogie and Jazzfunk in the Beat Bar and classics house tunes in the Powerhouse. This year we were lucky to have back Sounds Of Blackness whose previous performances have left many Southport veterans with a tear in their eye. The soul element on Sunday afternoon always brings back the original aspect of the Weekender's conception, before it adapted to the newer urban styles that play such a strong feature now. Sounds Of Blackness performed a great show, bringing the vibe of Sly and The Family Stone to the appreciation of the crowd. All in all most could leave the Weekender feeling that the 'official' Southport Weekender is still alive and well!

The after parties were brilliant this year, for me anyhow. Hearing quality tunes from Timmy Regisford, Jellybean Benitez and Sarah Favouritizm certainly left many of us on a real high. The other after party 2 had Rahaan, Mark De-Clive Lowe playing some serious cool live remixes, Kev Beadle and some cool licks by Phil Asher left many SP lovers truly satisfied!

All in all Southport Weekender 47 was a success! The obvious difficulties were managed and I have left no doubt that they will be improved on for #48, already booked for next year. I thought the spaces between the rooms had potential for more activities and a DJ playing by the swimming pool could indeed add a hot new element for the future!

The future of Southport Weekender seems bright. What's certain is that the international DJ's continue to come back. Every year I don't know how the promoters manage to top the previous line up. It's always a treat to see what's coming up next! The Southport family is still satisfied, loyal and happy after all these years. Sweet!