It's one of the longest-running shows on TV ever, but 'South Park's creators Matt Stone and Trey Parker aren't planning to stop anytime soon.

After nearly two decades of toilet humour and up-to-the-minute satire, ‘South Park’s creators Matt Stone and Trey Parker have insisted that the animated favourite will not be going away any time soon.

Speaking to IGN’s Podcast Unlocked recently, regarding news of their forthcoming video game sequel, Parker and Stone said that they would only stop making ‘South Park’ if Comedy Central, its home of 18 years and over 250 episodes, cancelled it.

Continue reading: After 18 Years, 'South Park' Creators Have No Intentions Of Quitting

The Comedy Central app has been years in the making, and launches with a tonne of content to watch on iOS devices. But there are a few drawbacks, like the amount of shows that are stuck behind a pay wall, and some technical blocks that might put prospective customers off downloading it.

What’s more, the app is only available on iOS7 and above, putting many people out of the running, and doesn’t support Apple’s AirPlay function, which lets viewers connect their mobile device up to a television for sofa-based viewing.

'South Park: The Stick Of Truth' Is Out Today! What Do The Reviews Say?

South Park fan? Buy the game. RPG fan? buy the game. South park fan and RPG fan... you get where this is going

The day all South Park fans have been waiting for has finally arrived; The Stick of Truth, which promised to be a 14-hour expletive-filled, powers that be-mocking, ethnic minority-offending, satirical mind-bender of a bumper, playable South Park episode is released today, March 7. But has the game matched those promises? Yes, would be the short answer. The critics have fallen in love with 'South Park: The Stick of Truth', praising its compelling RPG elements, which are laced with enough sarcasm and satire to truly make them a South Park experience, and the painstakingly realised world, which transmits the iconic aesthetic made famous by Matt Stone and Trey Parker over the last 17 years.

Continue reading: 'South Park: The Stick Of Truth' Is Out Today! What Do The Reviews Say?

Kim Kardashian was the latest target on South Park's radar, as the reality television star with "the body of a Hobbit" was routinely poked fun of in the episode that was really all about body confidence and being comfortable in your own skin, not wanting to be in someone elses. With Kim the main target, that also meant it was time to bring out Kanye West again and lampoon him on the Comedy Central show once again and the results were hilarious. 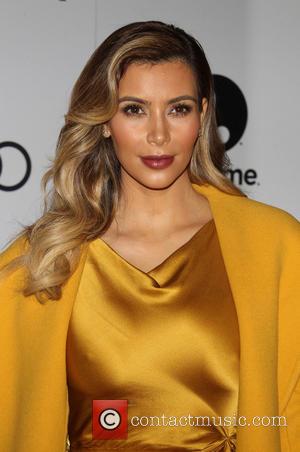 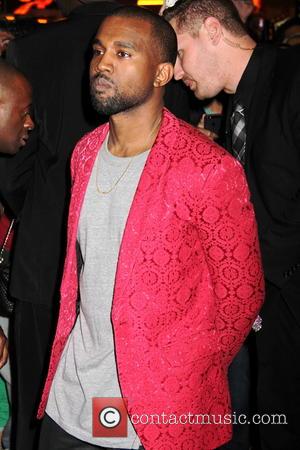 We wonder how Kim and the (usually) humourless Kanye will react to the episode?

The Dec. 11 episode started with Butlers turning down Lisa Berger for being "too fat," with his infatuation with Kim Kardashian being at the root of his perceptions of what classes as attractive. Once Butler's crush is revealed, it prompts Wendy to argue that not only is Kim “overweight” in real life, but she’s "literally a Hobbit."

They've done pretty well to make this the FIRST one delayed

Having delivered their show on a knife-edge for 13 years now, Trey Parker and Matt Stone have delivered their first late episode. South Park is usually left to the last minute to ensure the show is fresh and contemporary, but a power cut saw Comedy Central receive the iconic, satirical comedy late.

“From animation to rendering to editing and sound, all of their computers were down for hours and they were unable to finish episode 1704 ‘Goth Kids 3: Dawn of the Posers’ in time for air tonight,” the network said in a statement. “It sucks to miss an air date but after all these years of tempting fate by delivering the show last minute, I guess it was bound to happen,” said Parker.

A standard show is kicked off on Thursday, when the team get together and flesh out a narrative. What follows is a manic 5 days of getting the episode animated, rendered, voiced and finished for air on the following Wednesday. That’s a 6-day turnaround in total, and they do that for 7 weeks in a row.

With their hectic, one episode per-week schedule, a missed deadline always seemed inevitable, and last night it finally happened

South Park creators Trey Parker and Matt Stone have developed a weekly routine in which they and their team of writers, animators and the rest of the South Park Studios come up with the idea for an episode and get it on air all in seven days. With such a tight schedule to work from, and the fact that procrastination is much more fun that a serious work ethic, a missed deadline always seemed likely to happen. On Wednesday, 16 October night, this is exactly what happened.

We can't just blame the team behind the episode that should have been aired last night, as the studios where the controversial comedy is made was hit with a power cut right on the last day of production (15 Oct.), rendering the episode in limbo until the problem was fixed. The power didn't come on in time for the episode to be finished before it's slot on Comedy Central though, and the episode 'Goth Kids 3: Dawn of the Posers' will be aired next week instead.

South Park Studios released a statement shortly before the episode was due to air, explaining, "On Tuesday night, South Park Studios lost power. From animation to rendering to editing and sound, all of their computers were down for hours and they were unable to finish episode 1704, ‘Goth Kids 3: Dawn Of The Posers' in time for air tonight."

The South Park lawsuit isn't likely to lose the show's creators Matt Stone and Trey Parker any sleep, but it's worth looking at. They might find themselves in a bit of bother this time, as the latest case does seem to have legs. We all chuckled at The Lollipop King who appeared in the three episodes of "Imaginationland" in South Park back in 2007. However, one animator wasn't laughing, no sir, he wasn't laughing at all. His name was Exavier Wardlaw and he had apparently created the character long before Stone and Parker nabbed it.

The story goes, according to TMZ, that Wardlaw created the wholesome family show 'The Lollipop Forest' and in it was a character called the Big Bad Lollipop. He doesn't sound like too much of a wholesome fella to us. Anyway, he was made a whole let wholesome by the South Parks creators - allegedly of course- after their own candy-based character found himself choked out by a Storm Trooper, witnessed the carnage of a suicide bomber and saw Kyle perform an oral-based sexual act on Cartman.

Given that Wardlaw is claiming that this is the same character is his, the lawsuit he's sent the South Park team is stating that they have exposed the poor lolly to things he should never have seen. He is suing for copyright infringement and demanding that Parker and Stone remove all traces of the Lollipop King from their shows. Better start licking, guys

Here Comes Honey Boo Boo! Again… Don’t worry; if those words would normally fill you with dread, then you might want to tune in tonight’s episode of South Park (October 3, 2012). The show’s creator’s Trey Parker and Matt Stone have decided that if seven year-old Alana Thompson is old enough to enter beauty pageants and have her own reality show, then she’s old enough to become the butt of a South Park joke.

Comedy Central have released a statement revealing that “Honey Boo Boo goes to a pig farm to pick out a spunky pig heart that knows how to work it,” in her animated cameo. The network also released an 18 second teaser clip, showing her being held over a pig pen by her father, whilst she says “I want that one… No, wait, that pig over there gave me the evil eye, I want that one, I want that one.” According to New York Daily News, the voice behind the comedy character sounds “suspiciously like Matt Stone’s.”

Of course, anyone wanting the real Honey Boo Boo will be delighted at the news that the TLC network recently commissioned a second season, as well as a series of seasonal specials of the Here Comes Honey Boo Boo reality show. Alana and her family will be able to buy all the pigs they please when they get their salary increase from $5-7,000 per episode to a whopping $15-20,000 per episode next season. It’s enough to make you squeal.