Elsewhere in Tennessee, fans were left a little unnerved at a Post Malone show in Memphis last week as they watched him struggle to get to his feet and slur his way through tracks while rolling his eyes, leading many to speculate that he may have a drug problem. The rapper has since responded to public concerns, insisting: "I'm not on drugs! I feel the best I've ever f***ing felt in my life."

Speaking of well-being concerns, Lewis Capaldi has launched a scheme to help gig-goers who may be struggling with mental health issues such as anxiety and panic attacks. Livelive will provide email support for fans attending shows, and there will be on-site aid in the form of help desks, quiet spaces, medical professionals and even meeting points for "gig buddy" volunteers for anyone who may be attending alone.

In happier news, Katy Perry - who is engaged to Orlando Bloom - has announced her first pregnancy in the video for her new song Never Worn White, following fan speculation that this would be the way she'd reveal the happy news. 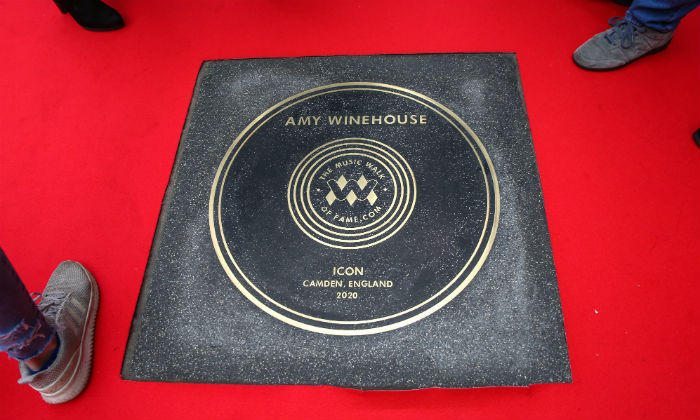 Plus, Madness and Amy Winehouse became the second and third artists to be honoured with a stone on the Music Walk of Fame in Camden Town, London, after it was unveiled with an inaugural ceremony honouring The Who in November last year.

MORE: Camden Town: What makes this district the musical heart of London

Devastatingly for music fans, this month's SXSW Festival has been cancelled for the first time in 34 years by order of the city of Austin. Several large companies had already pulled out of the event over coronavirus fears, despite the fact that Public Health officials had earlier suggested that there was "no evidence that closing SXSW or any other gatherings will make the community safer". Organisers are currently working on alternative ways to bring SXSW to the public.

Meanwhile, Justin Bieber has been forced to rearrange nine dates from his 'Changes' tour to take place in arenas rather than stadiums as ticket sales stall, apparently due to coronavirus concerns, while Yungblud and Slipknot have become the latest to have to cancel Asia tour dates over health risks.

It's probably just as well to stay vigilant in these circumstances too following news that a man infected with the coronavirus was in attendance at a Tool concert in Auckland, New Zealand on February 28th. Anyone who was in his vicinity ("the general admission standing area in the front left-hand quadrant") are urged to be aware of any symptoms they may experience.

Every cloud has a silver lining though; Korn have benefitted from an increase in sales of their surgical mask merchandise (now sold-out). Though it has to be pointed out that medical professionals have repeatedly insisted that these type of masks will only be of real use to anyone who suspects they may have the virus and don't want to pass it on. And in any case, these people should be isolating themselves and not wandering around, mask or no mask.

Riz Ahmed stunned us with his Brexit break-up album The Long Goodbye, not to mention the gritty short film that came with it. It's a spoken-word/rap record from the perspective of somebody who recognises the already divisive nature of Brexit, and the dark future that may lie ahead.

Another short film release came in the form of The Weeknd's After Hours, which explored his issues with fame in the most unnerving and brutal ways. The album is likely to be the deepest he's release so far.

Scottish rockers Idlewild have announce a series of UK and Ireland shows to mark their 25th anniversary. Kicking off on November 4th 2020, they'll play Cardiff, London, Manchester, Dublin, Belfast and Edinburgh. Tickets are set to go on sale on March 13th.

Genesis have announced a comeback tour beginning in Dublin on November 16th and including two shows at London's O2. Due to popular demand, they have also recently doubled up on dates in Leeds, Liverpool, Manchester, Birmingham, Glasgow and Newcastle.

Tenacious D are taking a calculated approach to their upcoming Purple Nurple Tour as they try to use their influence to encourage voters towards a left-wing election result in the 'swing states' of the US; that is, the states which always have uncertain outcomes when it comes to election results such as Michigan, Ohio, North Carolina, Florida, and Pennsylvania among others.