Review of Voyage Album by Sound Of Arrows

Opening with an ambitious big synth intro that, at least in terms of powerful melody and synth-focus, nods to Vangelis, Swedish electronic music duo The Sound Of Arrows aim high right from the off with this their debut album. The vocals of opening track 'Into The Clouds', when they enter, are echoing and spacey, underpinned by a pulsing bass line however, the electro synth pop blend is hard to describe but undoubtedly missing a layer in anticipation of a beat to kick in; The Sound Of Arrows naturally oblige and the track continues in its quite uplifting synth pop vein with strong pulse driving it forwards. Previous comparisons with Pet Shop Boys have not been misplaced and with this opening track the band also perhaps suggest themselves akin to Hurts just without the melancholy. The opening synth lines of 'Wonders' fad in a la Ibiza classic and, flanked by a distinctive rhythm sounds more dance floor than the previous track; almost more consciously dance music yet with a cheesy pop chorus - their synth pop-ness and catchy choruses also brings to mind the likes of Clare Maguire. The feel of 'My Shadow' definitely steps back to the eighties and the vocals sound blatant similarity to Pet Shop Boys as well as the eighties beat which underpins simple higher pitched synth melodies. 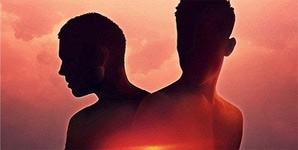 'Magic' really sounds familiar, and the child sung chorus is reminiscent of Mika though the track sounds relatively flat with the same repeated chorus pattern and very little variation, though the blend is full of cosmic, spacey synth sounds. This unavoidable familiarity continues through the album; the distinctive rhythm that opens Ultravox's most famous hit 'Vienna' crops up in many a track and a similar variation makes another appearance in the extended opening of The Sound Of Arrows' track 'Ruins Of Rome'. The verses of the track continue forward in great similarity to Pet Shop Boys' 'Opportunities' though the verse is that of a much more melancholic atmospheric ballad sounding a darker, more sensitive side to The Sound Of Arrows. Following a long fade, we hear what we think is a continuation of this feeling in the tracks' gentle outro but this then segues to form the opening of 'Longest Ever Dream' which then continues in very great similarity to the preceding tracks; simple, in fact borderline monotonous, electronic, dreamy, synth-pop.

With a momentary saving grace, The Sound Of Arrows hint at the atmospheric dreaminess of Sigur Ros, particularly in 'There Is Still Hope' with its' two minute instrumental, but with nowhere near the beauty and sensitivity; they hint towards the powerful melancholy of Hurts, especially during the likes of 'Hurting All The Way', but are too heavily routed in 'eighties synths and simplicity to covey anything of the power of their intense, melancholic synth pop predecessors. The closing tracks of the album leave one feeling equally is indifferent; 'Conquest' has a pseudo-reggae groove to it while 'Nova' has the dreamy-pop intro of a Savage Garden track but also then pounds in the vein of a club dance hit. Still laced in the 'eighties synth grooves, 'Lost City' then concludes Voyage with the same blend as the tracks which preceded it; synth layer upon synth layer creating a dreamy sound suggesting outer space.

Where many would work these tracks into something verging on epic, The Sound Of Arrows unfortunately linger lost in the grounds of simplicity and fall short of the mark of what they could've been; a real anti-climax. 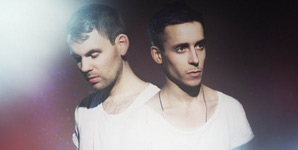