Actress Sophia Bush Has Opened Up About The Death Of Her Ex-boyfriend, Dan Fredinburg, Revealing She Was "Shattered" When She Learned He Had Been Killed In An Avalanche In Nepal. 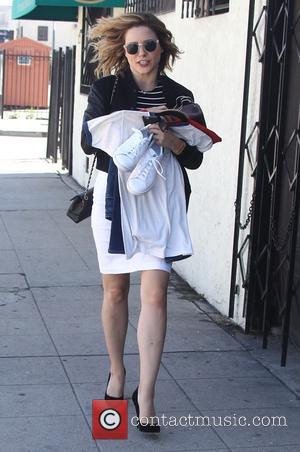 The former One Tree Hill star was involved in a long-distance relationship with the Google executive and adventurer for a year until early 2014, but they remained close following their split, and when Fredinburg became one of the victims of the April (15) disaster, Bush poured her heart out on social media.

In the touching tribute, she called her ex "an incredible friend", and wrote, "There are no adequate words. Today I find myself attempting to pick up the pieces of my heart that have broken into such tiny shards, I'll likely never find them all."

Now Bush has spoken out about her devastating loss in a candid interview with Health Magazine, admitting the death of Fredinburg gave her a new perspective on life.

She says, "Losing one of my best friends a few months ago shattered me. There were days I felt like my body had been turned inside out. I felt like my heart was on the outside of my body and everyone who came near me was stabbing me.

Fredinburgh, who ironically survived an avalanche in the same region while he was dating the former One Tree Hill star last year (14), was one of 17 killed while scaling Mount Everest. The avalanche was triggered by an earthquake, which claimed the lives of more than 9,000 people and injured more than 23,000.