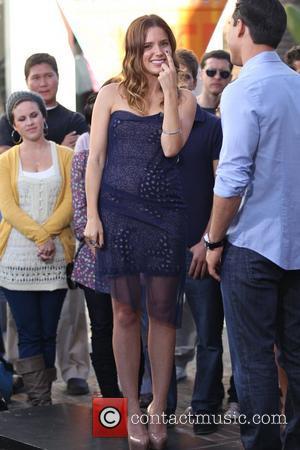 Actress Sophia Bush is set to wed her One Tree Hill co-star and real life boyfriend Austin Nichols, according to U.S. tabloid reports.
The 28 year old has been dating the actor on and off since 2006 and the couple is now said to be heading to the alter.
A source tells Star magazine the pair "plan to get married soon".
Bush was previously married to another One Tree Hill star, Chad Michael Murray, but their 2005 nuptials lasted just five months.
She went on to romance another show colleague, James Lafferty, before settling with Nichols, 30.
A representative for Bush had yet to respond to requests for a comment as WENN went to press.