'The Interview' Takes Over $1 Million On Christmas Day

Despite getting a limited Christmas Day release in just over 300 independent cinemas, the new comedy took over 7 figures in one day.

Despite the controversial circumstances surroundings its (non) release, The Interview has grossed over $1 million in its first day of release. The last-minute decision might have represented something of a gamble, but Sony Corporation seem to have ended a torrid couple of weeks on a high note.

Having cancelled the comedy’s release a week ago amid threats from a cyberhacking group, the studio reversed its decision and rushed out last-minute copies of the film to 320 independent cinemas through the States. Nonetheless, the decision has resulted in an impressive PR coup for the company, who have been accused of caving in to threats to free speech. 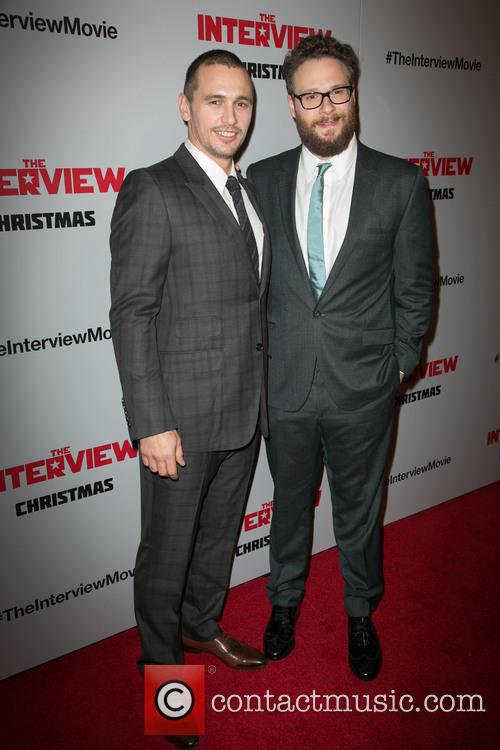 Continue reading: 'The Interview' Takes Over $1 Million On Christmas Day

The comedy starring James Franco and Seth Rogen had been due to open in cinemas on December 25th.

Just a little over a week before its scheduled release date and following apparent threats from hackers, Sony has announced that it has cancelled the release of The Interview. 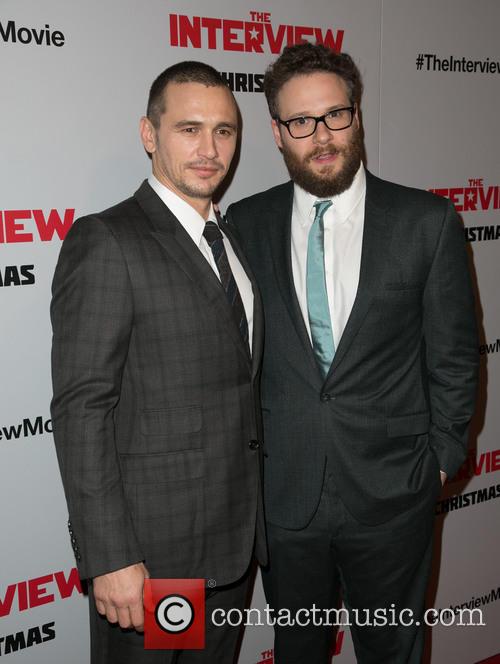 James Franco and Seth Rogen had been due to star in The Interview, whose release Sony cancelled today

Continue reading: Sony Cancels The Release Of 'The Interview' Amid Hacking Threats

By Jack de Aguilar in Music / Festivals on 05 September 2013 Microsoft's Xbox ONE still doesn't have one

As expected, Sony revealed the release date for their hotly anticipated next generation console, the Playstation 4 at Gamescom this week. And, as predict by most commentators, it falls in November 2013. North America will get it on November 15th, while it hits Europe November 29th.

Announced in June, the PlayStation 4 marks the next phase in video gaming after the Playstation 3 and XBOX 360 dominated console gaming in this one. Going against Sony’s effort will be Microsoft’s Xbox One – a product designed to offer an all round entertainment package.

Continue reading: PS4 Release Date Revealed, So When Are You Getting Yours?

Continue reading: What The Hell Has Happened To M. Night Shyamalan?

Box Office Preview: Woefully Reviewed 'After Earth' Will Struggle For No.1

Will Smith's 'After Earth' may suffer from ridiculously bad reviews.

The Will and Jaden Smith starring After Earth - which may well be M. Night Shymalan's worst ever movie - should pull in between $35-40 million at the box-office this weekend, though it won't be enough to secure the top spot in its debut week, says Andrew Stewart at Variety.

Sony entrusted over $100 million in Shymalan and The Smiths to make the sci-fi action movie, though reviews have been woeful with one critic opining on whether it may be the worst film ever made. Though a $40 million haul would leave studio executives pretty pleased, failing to secure the top spot will be concerning. That should go to Universal's fabulous 'Fast and Furious 6' with takings of around $50 million. The latest movie in the action franchise is among the best reviewed mainstream movies of the year and should bring its 10-day total to a quite miraculous $175 million.

Watch the After Earth trailer:

Continue reading: Box Office Preview: Woefully Reviewed 'After Earth' Will Struggle For No.1

Angry Birds The Movie hits in 2016, though will audiences still be interested? The Angry Birds movie has finally gotten the go-ahead from Sony for a July 2016 release, with the company announcing on Wednesday (May 15, 2013) that is has acquired the worldwide rights to the ubiquitous game franchise. The 3-D animated movie will be developed and financed by Rovio Entertainment, the hugely successful Finnish gaming company that created Angry Birds. Despicable Me producer John Cohen is also on-board.

Since making its debut in 2009, Angry Birds has been downloaded more than 1.7 billion times. There has also been movie tie-ins, including Angry Birds Rio and Angry Birds Star Wars, which topped the U.S. iPhone chart two hours after its release in November. A kids animated series Angry Birds Toons premiered in March.

Actors Rhys Ifans (Harry Potter and the Deathly Hallows: Part 1; Notting Hill; Hannibal Rising) and Joely Richardson (The Patriot; Nip/Tuck; The Tudors) attend a press junket of their new film, historical thriller Anonymous. Rhys, who plays the Earl of Oxford, tells a story of how he met Joely's mother, Vanessa Redgrave - who plays Queen Elizabeth I in the film - while working backstage on a production of Antony and Cleopatra. Joely is impressed by the story as she didn't know about the meeting until now.

Anonymous, directed by Roland Emmerich, explores the conspiracy theory that the works of William Shakespeare were not written by the man himself but by someone else - in this case, Edward de Vere, the Earl of Oxford

Video - The Smurfs Made Hank Azaria Relate To 'Grouchy'

Hank Azaria, the acclaimed comedian and voice actor who plays Gargamel in the recently released 'The Smurfs 3D', claims weeks of filming made him "relate" to 'Grouchy Smurf'. Azaria explained, "I understand Grouchy.if you didn't hate Smurfs beforehand, which is my job to hate Smurfs as Gargamel, by the end of the process, after a few weeks, I was ready to yell at some Smurfs".