Superstar soul singer, Solange Knowles, 28, married her fiancé of five years, video director Alan Ferguson, 51, in New Orleans on Sunday, November 16. Close family and friends including the bride’s superstar sister and brother-in-law, Beyonce, 33, and Jay Z, 44, were there to celebrate the union. 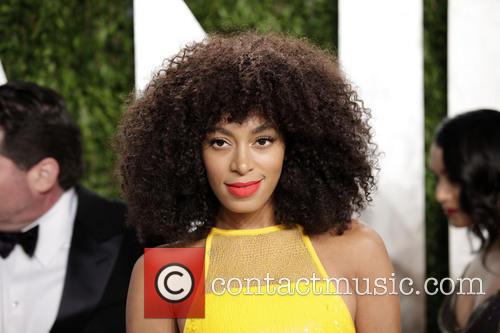 It seems white was a theme running strong throughout the ceremony with the bridal party arriving on white bicycles with Solange donning a plunging white pantsuit and cape and Alan looking sophisticated in an all-white suit.

Solange changed outfits for the ceremony, however, and released a family and friends portrait to Vogue showing her stunning white dress and floor-length cape alongside a number of family and friends, all wearing the colour of the weekend: white.

MORE: All Good Between Jay Z And Solange

The couple had a glamourous weekend of celebrations that started with a movie night on Friday, November 14 for all their guests before Saturday’s rehearsal dinner and Sunday’s official ceremony in front of family and friends.

This is the second marriage for Solange who wed her son’s father, Daniel Smith, in 2004 when she was 17 and he was 19.