#WhatJayZSaidToSolange: Twitter Has Its Say on Solange vs Jay-Z

What is the Twitterverse saying about the now infamous Solange Knowles beatdown of Jay-Z?

The internet is a funny place today. Unless you've been living under a rock you've heard all about Solange Knowles and Jay-Z getting in one heck of a scuffle in a lift at the Standard Hotel after the Met Gala. No-one's quite sure what went down, but we do know that Solange launched herself at the rapper before being dragged off him by a man who appears to be a bodyguard. 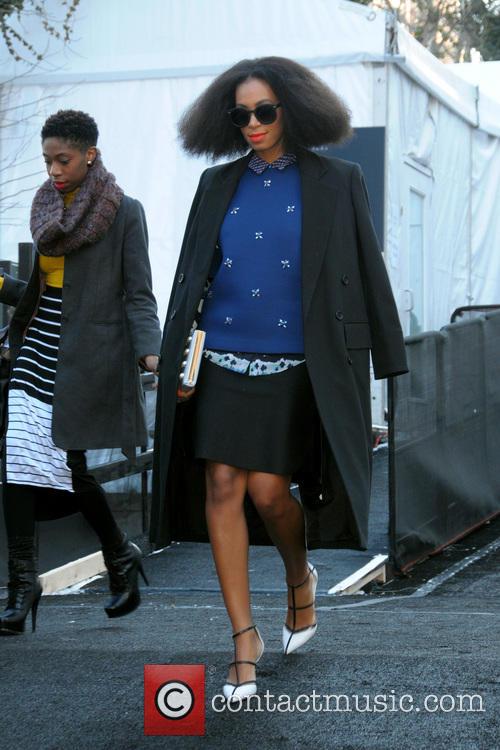 The video was obtained by TMZ, and shows Solange clearly trying to attack her brother-in-law and father of her niece, Blue Ivy. Now, all that everyone is interested in is what provoked Solange's outburst. The footage has no audio, which has led to a global internet campaign to guess what it was that Jay Z may have said to the singer. The hashtag #WhatJayZSaidToSolange has been trending since the video surfaced, here's a few of our favourite tweets on the topic.

"My lips are bigger than your career" #WhatJayZSaidToSolange

"Blue Ivy's afro is better than yours" #WhatJayZSaidToSolange

"you're not yourself when you're hungry. have a snickers" #whatjayzsaidtosolange

"Yo, Solange, Imma let you finish, but Beyoncé is the best Knowles of all time." #WhatJayZSaidToSolange

#WhatJayZSaidToSolange jay z was wondering who solange was, then it hit him

We've been having a good giggle at the tweets all morning, but in all fairness, the whole scenario seems pretty serious.  What do you think that Jay-Z said to Solange that got her so riled up?  A face off between Beyonce's husband and sister is the last thing we expected to happen at the Met Gala!  We really do wish Lena Dunham had managed to sneak in some spy equipment, it seems a lot more goes down there than meets the eye!