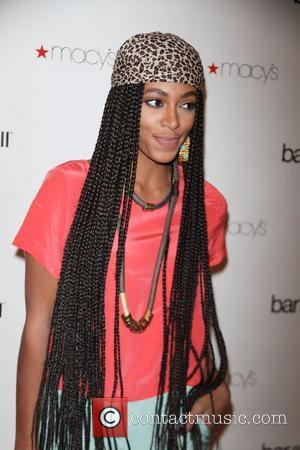 Singer Solange Knowles is following her superstar sister Beyonce into the world of fashion - she's in talks to take on a consultancy role with a top design firm.
The star, who has previously worked as a spokesmodel for Beyonce and their mother Tina's Dereon collection, admits she's been hesitant in the past to turn her attention to the fashion industry because she doesn't feel she's qualified.
She tells WENN, "It's a funny thing because initially I got asked that question (to design a range of clothing) and I was absolutely that person who frowned upon random artists and models and musicians for crossing over into that design process and I always said, I feel like there are so many talented people who've studied this and know the skill of the craft of designing because it is an art, that I would be reluctant to call myself a designer."
But Knowles has had a change of heart after being approached to share her style secrets and advice with designers at one of her favourite labels.
She reveals, "A line that I really respect and was already a fan of reached out and had a great idea of us collaborating on maybe a particular collection and me just sharing ideas and prints (in a consultancy role) and being involved in that way I would absolutely love. It's still in the early stages so I can't really reveal (much) but hopefully something will develop."