Soko's new single, First Love Never Die, is taken from her debut album, I Thought I Was An Alien, which will be released on February 20th through Because Music. Soko will be embarking on a UK tour that will start at the end of February 2012 and continue into March.

The video for First Love Never Die was directed by Soko and Criminal Minds star Matthew Gray Gubler (who appears in the music video for You Have A Power On Me.) We watch a day in the life of two young children, who are each other's first loves. They look after a lost lamb and camp out under the stars and in the warmth of a campfire.

Born in Bordeaux as Stephanie Sokolinski, the singer left home at sixteen and moved to Paris to pursue a career in acting. She briefly returned to education before appearing in several French films, including Frédéric Mermoud's L'escalier. She also began to write songs during this time.

Her debut EP, Not Sotuke, was released in 2007 and featured the single I'll Kill Her. Following a musical hiatus in 2009, Soko is set to return with I Thought I Was An Alien.

Soko's tour dates are as follows: 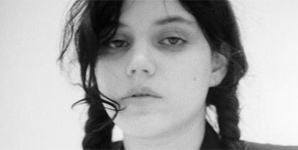