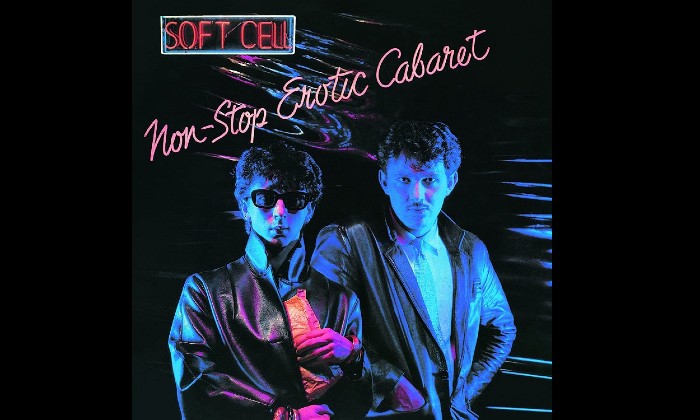 The song became such a hit for the group that many forget that it was actually a cover version of the '60s Northern soul number originally recorded by Gloria Jones. It was re-recorded by Soft Cell in just a day and a half, with one vocal take from frontman Marc Almond, and went on to reach number one in six different countries. Since then, the song has seen several more cover renditions, notably Marilyn Manson's 2001 version for the soundtrack to Not Another Teen Movie.

Meanwhile, the album itself reached number 5 in UK charts and was also Soft Cell's highest charting US release. Produced by Mike Thorne (who has also worked with Roger Daltrey, John Cale and Bronski Beat), it also featured the singles Bedsitter and Say Hello, Wave Goodbye which - like much of the rest of the record - explore themes of the glittering '80s London club scene.

One song that was seen as a step too far, however, was the S&M-inspired Sex Dwarf. In a situation not unfamiliar in the world of pop music, the music video was banned in the UK for the explicit nature of the track, but it still makes for a popular club track in alternative scenes today.

There's a lot to be said for low budget pop releases; here we've got a campy, flamboyant record that's so wonderfully '80s in hindsight, and yet at the time it did its very best to step away from the formulaic pop culture of the age with the most unapologetic attitude imaginable.