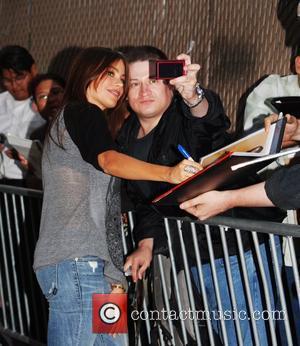 MODERN FAMILY star Sofia Vergara has taken aim at Madonna in a rant about plastic surgery in Hollywood.
The Colombian-born beauty turned 38 in July (10) and insists she's determined to age gracefully without any "major surgeries" - and she can't understand why A-list stars go under the knife and resort to facial injections to look younger.
And the actress holds up Madonna, who turns 52 on Monday (16Aug10), as an example of what can go wrong in the quest for vanity.
She tells Esquire magazine, "L.A. is crazy. The women all look the same now. That thing with the cheeks. Like Madonna. Who do they think they're fooling? It doesn't make them look young. You end up looking like a freak."