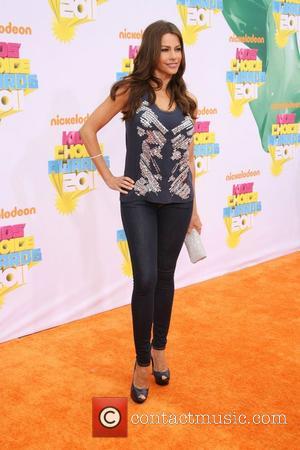 Actress Sofia Vergara has credited her late pal Heath Ledger with inspiring her to get a tattoo in honour of her dead brother.
The Modern Family star worked with the actor on 2005 movie Lords Of Dogtown and she was impressed by his body art, which displayed the initials of his mother and sisters.
Vergara decided to commemorate her brother Rafael - who was shot dead in 1998 during a kidnap attempt in her native Colombia - in a similar way and now has a tattoo tribute in memory of her sibling.
She tells News.com.au, "We had a lot of conversations while we were on the set and during make-up and I got an idea from him (Ledger).
"He had a tattoo on his wrist of his sisters' names and after I talked to him I did a tattoo of my brother's name who passed away."