Sofia Vergara: 'Women Flirt With My Man In Front Of Me'

Sexy Sofia Vergara Has Realised There's Another Major Difference Between The Sexes Since She Started Dating Hunky Magic Mike Star Joe Manganiello - Women Have No Qualms About Flirting With Her Man In Front Of Her. 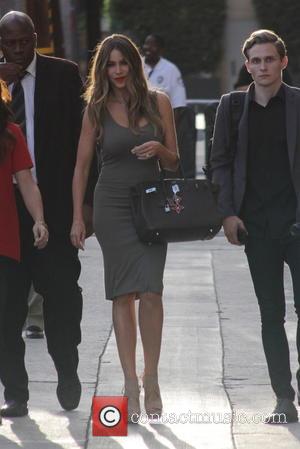 Vergara initially snubbed Manganiello's advances because she thought he was "too handsome" and she didn't want to be in a relationship with a man who was a magnet for women.

She says, "I had just broken up with my ex so I didn't want to go into a relationship with somebody that I thought it was gonna be too much work, because it was like girls throwing themselves at him... I've seen it... Girls don't care."

But Vergara understands the attraction, telling U.S. chat show host Jimmy Kimmel, "Have you seen him? I understand them. I don't judge them."

And she admits men also flirt with her even though she's engaged to be married - but never in front of her boyfriend.

She adds, "Are you kidding me? He's six-foot-five... and very strong!"

Vergara has no regrets about dating Manganiello and agreeing to be his wife, adding, "He's super handsome, too handsome... I told him when I met him that he was too handsome but now I'm very grateful that I did went out with him (sic)."