Vergara and Mangianello both have a pretty big 2015 to look forward to.

Sofia Vergara looked stunning in a red dress on the SAG awards red carpet, but the one detail everyone seemed to be focused on was the giant rock on her ring finger. Vergara is engaged to long-time partner Joe Manganiello and the two could not seem more in love, if they tried. Of course, when it came to the ring, Vergara had her standards. 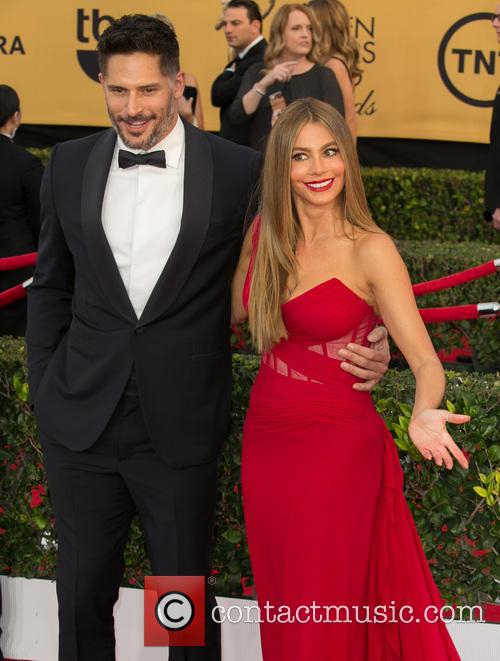 Vergara and Manganiello went with a classic look for the SAG Awards on Sunday.

"It's all about the bling-bling, so he knew what I needed," Sofia told Access Hollywood's Shaun Robinson while waving her large diamond.

But of course, it’s the man that matters, not the ring. Well...

"I opened it up and I checked it to see," she joked. "He's so handsome that it would have been okay, you know? I would have said, 'Okay, yeah.'"

One problem that the couple have to face this year is setting the wedding date. With both Manganiello and Vergara working on separate full-time project in 2015, but they’re looking at an autumn wedding at this point, says Vergara.

More: Sofia Vergara Admits Becoming a US Citizen Was a "Very Emotional Moment" for Her

"We're trying to figure it out because… he's shooting and promoting 'Magic Mike' this summer and I'm promoting my movie with Reese Witherspoon and so we're kinda busy, but we're trying to do it maybe [in the] fall," she revealed to Shaun. "Summer is going to be too crazy."