'Modern Family' actress Sofia Vergara has revealed she is planning to get a boob job on her size 32F chest. 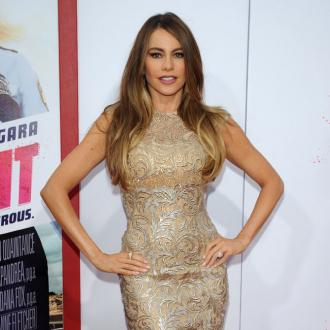 Sofia Vergara is planning to get a boob job.

The 42-year-old actress - who stars in US sitcom 'Modern Family' - has revealed she intends to have surgery on her size 32F chest before her breasts become too ''uncomfortable''.

She told 'Watch What Happens Live': ''Eventually I'm going to have to have it.''

Sofia, who is currently engaged to 'True Blood' star Joe Manganiello, openly admitted that the need for surgery has increased as she's aged.

''It's going to be really uncomfortable to walk with [them] hitting the knees!''

Meanwhile, Sofia recently confessed that she and Joe, 38, would be ''very happy'' if they were to have a baby together, but insisted it's not an immediate priority.

The actress - who has a 22-year-old son, Manolo, from a previous relationship - shared: ''When you're with somebody that hasn't had kids, and you want to start a relationship, of course there's always that question.

''And if it happens, it will be something that will make us very happy, but it's not a priority in our lives.''