Actress Sofia Vergara Is Set To Receive The Inaugural Actors Inspiration Award From Officials At The Screen Actors Guild Foundation. 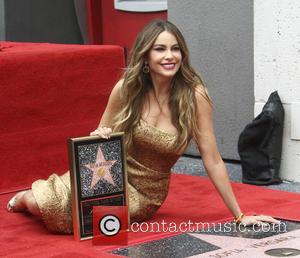 Picture: Sofia Vergara - Colombian actress Sofia Vergara who has recently starred in 'Hot Pursuit' with Reese Witherspoon was honored with a star on The Hollywood...

The Modern Family star will be presented with the new prize during the SAG Foundation's 6th Annual Los Angeles Golf Classic on 8 June (15), when she will be recognised for her charity work, particularly her support of children's causes, as part of the organisation's 30th anniversary celebration.

Vergara adds, "It is an honour to be recognised by the SAG Foundation. This group does so much work supporting and educating the entertainment community and also the general public. I know how hard it can be to get work in this town and I'm grateful that the SAG Foundation exists to help those who are struggling."

Actor Scott Wolf and his The Night Shift co-star Brendan Fehr will host the sporting event.

The SAG Foundation award is Vergara's latest honour - she also unveiled her star on the Hollywood Walk of Fame in early May (15).