Sofia Vergara signs up for The Brits Are Coming

Sofia Vergara is to star alongside Uma Thurman, Tim Roth, Parker Posey and Stephen Fry in the upcoming heist-comedy 'The Brits Are Coming'. 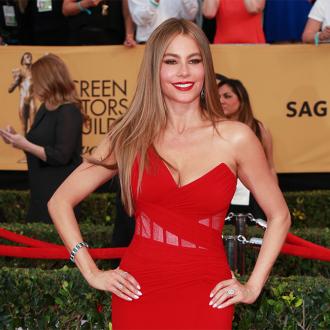 Sofia Vergara has joined the cast of 'The Brits Are Coming'.

The 'Modern Family' actress is set to star alongside 'Kill Bill' star Uma Thurman, 45, and Tim Roth, 54, in the upcoming heist-comedy.

Thurman and Roth - who previously appeared alongside one another in the 1994 cult classic 'Pulp Fiction - will play a con-artist couple who flee to Los Angeles in an attempt to avoid paying off a large debt they owe to a gangster played by Maggie Q.

The pair attempt to win back the money they owe by teaming up with Roth's characters ex-wife, played by Alice Eve, for a jewellery theft operation.

Vergara, 43 - who most recently starred alongside Reese Witherspoon in the crime-comedy 'Hot Pursuit' - has signed on to play the mistress of Eve's characters new husband.

'Irrational Man' actress Parker Posey and the comedian Stephen Fry - who played the evil master of Laketown in 'The Hobbit' films - will also star in the James Oakley-directed movie.

Oakley co-wrote the script for the project - which is being produced by Cassian Elwes, Robert Ogden Barnum, JC Chandor and Dave Hansen - with Alex Michaelides.