Actress Sofia Vergara's New Star On The Hollywood Walk Of Fame Has Been Vandalised By Pro-life Protesters. 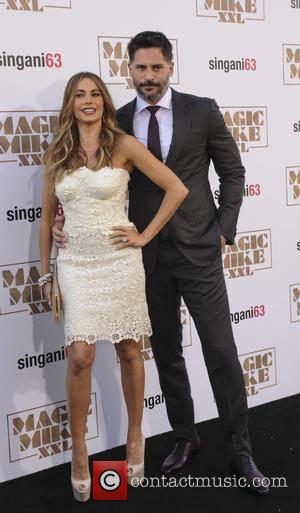 Earlier this year (15), her ex-fiance Nick Loeb filed a lawsuit against the Modern Family star in an effort to prevent her from destroying the female embryos the former couple had frozen together, revealing he is keen to become a dad and bring the two fertilised eggs to term.

Vergara's lawyers insist she had no intention of destroying them, but the feedback hasn't appeased pro-life advocates, who took to the streets of Hollywood on Thursday (25Jun15) and staged a protest at the red carpet premiere of her fiance Joe Manganiello's new movie Magic Mike XXL.

As Vergara posed for photos with her man, the protesters across the street waved banners and held signs, and the pro-life advocates took their stance a step further by defacing Vergara's star on the Walk of Fame, writing "#embryodefense" - the name of a pro-life activist group - in black marker on the sidewalk plaque.

However, when Embryo Defense's co-founders, attorneys Rebecca Kiessling and Jalesia MCQueen, discovered someone had vandalised the star, they took it upon themselves to remove the graffiti.

Kiessling and MCQueen took to their organisation's Facebook on Saturday (27Jun15) and posted a photo of themselves in front of the star holding signs which read, "Sofia: unfreeze your daughters, unfreeze your heart."

They added the caption, "When we discovered that someone had written marker on her star, we went to the adjacent (drug store) CVS, bought cleaner and successfully removed the marker completely. Someone tried to sabotage our protest, but it was peaceful and we believe in preventing destruction, not condoning it."