Sofia Vergara's Lawyer Has Fired Back At Allegations Made By The Actress' Ex-fiance In A New Lawsuit, Insisting The Star Never Wanted To Destroy Frozen Embryos They Made Together. 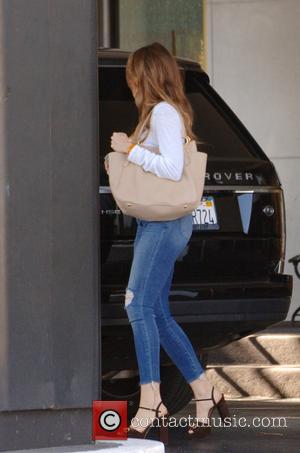 Nick Loeb filed suit earlier this week (beg13Apr15) to protect the embryos, claiming his former partner told him she no longer cared what happened to them.

Loeb revealed he and Vergara tried to have children through a surrogate and still have two female frozen embryos cryopreserved. He is attempting to ensure they will not be thawed and destroyed as Vergara moves on with her life with new fiance Joe Manganiello.

In a statement to Access Hollywood, Loeb said, "I offered Sofia the option to not destroy them and I offered to waive all parental and financial responsibility and she said she didn't care and would rather destroy them."

In his lawsuit obtained by In Touch Weekly magazine, he accuses his ex of refusing to "agree to their preservation under all circumstances."

However, now, the actress' attorney, Fred Silberberg, has addressed the drama, insisting, "The claims made against Sofia Vergara by Nick Loeb are uncredible and hold no merit. Vergara has never wanted to destroy her embryos.

"She has always maintained that they be kept frozen, a fact of which Loeb and his counsel have always been aware, despite Loeb's statements to the contrary."

The lawyer adds, "Vergara, who has happily moved on with her life, is content to leave the embryos frozen indefinitely as she has no desire to have children with her ex, which should be understandable given the circumstances."

Vergara and Loeb split in May (14) and she moved on with new boyfriend Joe Manganiello. The couple is planning to wed and she has spoken about potentially having children with him.