Sofia Vergara thinks her engagement ring is ''perfection'' and says fiancé Joe Manganiello picked it out all by himself. 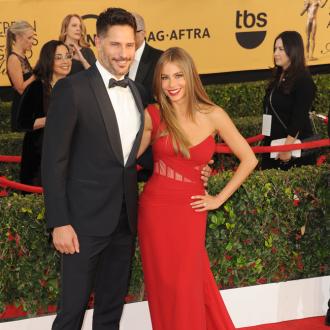 The 'Modern Family' actress, who is set to marry 'Magic Mike XXL' star Joe Manganiello, 38, in Miami next month after getting engaged last December, had no idea he was going to propose at the time and says he selected the seven-carat oval diamond all by himself.

Asked about the impressive piece of jewellery, the 43-year-old star said: ''It is perfection. He picked it for me, and I wouldn't change anything. He knows that I like big.''

The brunette beauty is planning to treat their wedding day like a red carpet event and while she was initially very involved int he planning, she's leaving the final details up to her wedding planner.

The Colombian actress has 24-year-old son Manolo from a previous marriage and he is eager to follow in her footsteps by carving out a career in Hollywood after recently graduating with a degree in film and history.

She told the October issue of America's InStyle magazine: ''I told him, 'You have to go to college, and then you can do whatever you want.' He's gonna start looking for work in the movie industry.''