Sofia Vergara's numerous beauty endorsements have helped the 'Modern Family' actress to become TV's highest-paid actress for the fourth year in a row. 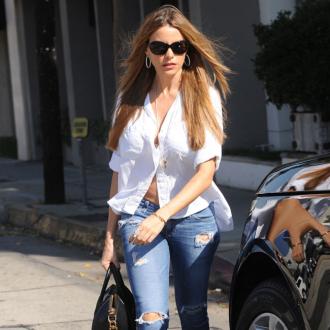 This is the fourth year that the 'Modern Family' actress has topped Forbes' list of highest-earning TV actresses and her salary on the show has been supplemented by lucrative contracts with companies including Cover Girl and Head & Shoulders.

Sofia has also created two perfumes, a self-titled scent and Love, which she designed for her upcoming wedding.

The 43-year-old actress is set to marry 'Magic Mike' star Joe Manganiello, 38, in Miami, Florida in November, and said she is planning to wear the scent, which will be launched in October, when she walks down the aisle because it feels ''meaningful and real'' to her.

Asked why she decided to create a second perfume following the success of her self-titled debut, the 'Hot Pursuit' star said: ''I'm getting married in November, and it's a very important time in my life.''

Sofia hopes to expand her collection further in the future.

She said: ''It's such an interesting business. It's very rewarding and a lot of fun. I love perfume. I like the whole ritual of showering and getting ready - I don't feel complete if I don't put a nice fragrance on.''