Sofia Vergara has brushed off criticism about a "sexist" and "offensive" stunt at the Primetime Emmy Awards on Monday (25th August). She was filmed standing on a podium which has led many to claim she was promoting the objectification of women. However, Vergara believes her pedestal appearance was quite the opposite.

Nothing ever seems to get Sofia Vergara down, and really why would it? She decided her boyfriend was "too hot" to escort her to the Primetime Emmy Awards; Modern Family in which she stars received yet another Emmy for Outstanding Comedy Series; and she appears to have had an incredible time at the after parties. So when a number of commentators claimed her stunt at the Emmys was "sexist" and "offensive", Vergara brushed the criticism off with her usual confidence. 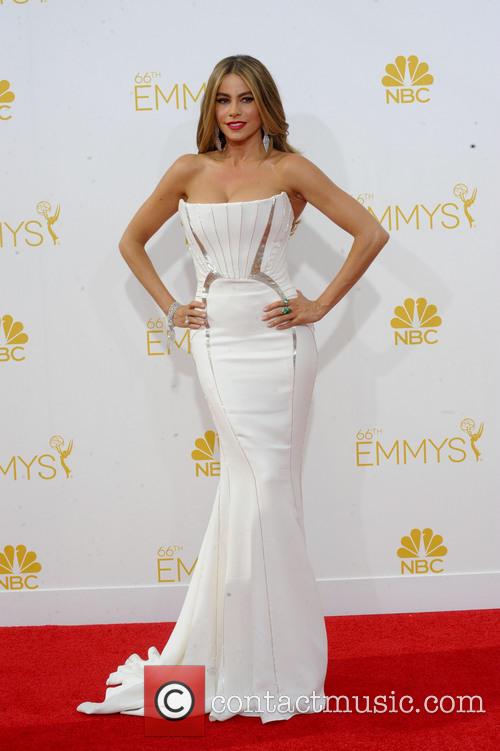 Sofia Vergara's stunt at the Primetime Emmy Awards has been called "sexist" by some commentators.

The 42-year-old actress was asked by Bruce Rosenblum to stand on a revolving podium whilst he addressed the audience. Rosenblum is the President of the Academy of Television Arts and Sciences, and he joked he was providing his audience with "something compelling to look at" throughout his address. Vergara initially looked uncomfortable as she was asked to stand on the revolving pedestal but soon began to joke and attempt to remain facing the audience.

Some audience members and viewers took to Twitter to criticise the spectacle, including Katie Couric. Couric questioned the scene and wrote "I love Sofia Vergara but did anyone find that schtick somewhat offensive?"

I love @SofiaVergara but did anyone find that schtick somewhat offensive?

Vergara, speaking to Us Weekly after she became aware of the criticism, appeared to indirectly address Couric in her response. Vergara said: "I think it's absolutely the opposite.  It means that somebody can be hot and also be funny and make fun of herself and enjoy and work and make money. So I absolutely think it's ridiculous and somebody who started - and I know who she was - has no sense of humour and should lighten up a little bit."

Vergara, whatever you may think of her stunt, looked remarkably beautiful at the awards ceremony. She wore a white floor length Roberto Cavalli gown and almost impossibly high heels. The Columbian beauty had previously joked about attending the ceremony alone without her beau, actor Joe Manganiello. Vergara told a US entertainment website on the red carpet, "He's really hot. That's why I didn't bring him. He's too hot, too tall, he takes a lot of space. I told him, 'Please don't come.' He's too sexy!" 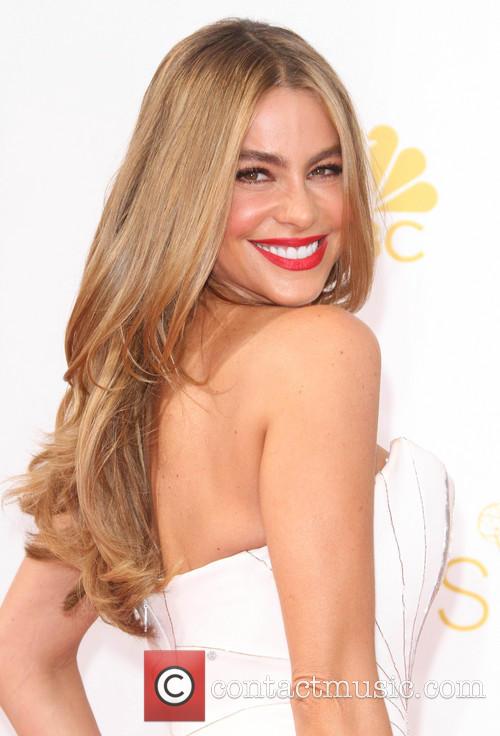 Vergara attended the awards solo, claiming her boyfriend is "too sexy".