The Columbian-born star also revealed how she made the hunky actor fall in love with her.

Only a month after Sofia Vergara split from ex-fiancé Nick Loeb, it was reported that she was already embarking on a new romance with actor Joe Manganiello, and as they are now in a solid relationship the 'Modern Family' actress reveals some of those awkward first dates. 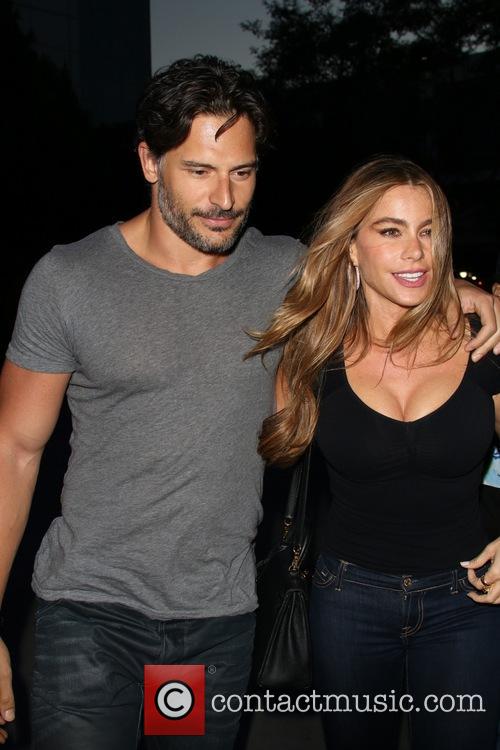 Well, this particular incident wasn't a date, just more of an awkward situation. Unfortunately, when the 'True Blood' star first met Vergara at the White House Correspondents Dinner in May, he was quite clearly photographed checking out her behind, and Vergara addressed this when appearing on the Meredith Vieira Show.

"It was really funny because I didn't know that had happened until I started really going out with him," Vergara told the talk show host. "Somebody sent me the pictures and I confronted him about it and he was like, 'Yeah, I can't excuse myself. I was there.'"

"I didn't know he was behind me! It was funny. It broke the ice. After that, we started talking, like, you know," she added.

The Columbian-born actress also revealed that it was her smell that got the 'Magic Mike' actor to fall for her. "That's all I wear, perfume," she joked. "That's how I got Joe Manganiello to be in love with me."

However, it seems Vergara is equally as infatuated with her new man as she recently told Extra, "It's a special time in my life, and I'm trying not to think too much about it. It's something very new, so we will see what happen."