Sofia Vergara has insisted she will definitely have to use a surrogate if she has children with fiancé Joe Manganiello as she has a non-cancerous growth in her uterus which prevents her from getting pregnant naturally. 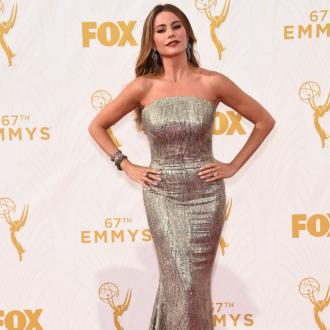 Sofia Vergara has a non-cancerous growth in her uterus.

The 43-year-old actress, who has 24-year-old son Manolo, insists she'll ''need a surrogate'' to have children with Joe Manganiello as a result of the fibroid, but is ready to do whatever it takes to start a family with him after they tie the knot next month.

She said: ''I'm really borderline at my age to do it and if I'm going to do it, I would need a surrogate. I have a fibroid. I don't even feel it, but supposedly it's exactly where an egg would get implanted. I don't have enough eggs left to mess around and try it naturally and see what happens. I'll need help. But I don't mind; it's fine.''

The 'Modern Family' beauty - who is currently locked in a bitter dispute with her former fiancé Nick Loeb over the fate of two frozen embryos - hopes his case to stop her from destroying them forever, despite the star insisting she has no plans to get rid of them, gets chucked out of court.

She told the October issue of InStyle magazine: ''This is a contract that we did - there's no issue. You signed a contract. You cannot just now, because you hate the other person, be like, 'No, that's not what I wanted.' I'm sorry, but when we decided, we decided. It's not like anybody was drinking or anything. He knew what he was doing, and now suddenly it's like ... So we're just waiting to see. I don't think it's going to go anywhere.''