The actress is set to star in 'Hot Pursuit' with Reese Witherspoon.

Everyone's favourite comedy babe Sofia Vergara gets honoured with a very well deserved star on the Hollywood Walk Of Fame; and judging by the photo uploads on her Instagram account, it looks like she threw one hell of a party to celebrate. 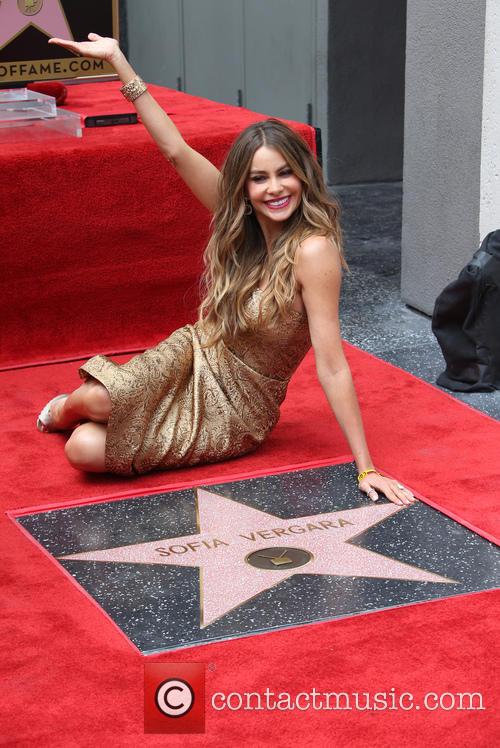 Sofia Vergara gets a Star on the Hollywood Walk Of Fame

The 'Modern Family' star certainly proved she knows how to have fun as she celebrated with her husband, 'True Blood' actor Joe Manganiello, in style, looking glamorous as always in a golden dress and matching loose curls. The Colombian beauty shared her spectacular day with her fans via photo sharing network Instagram, posting pictures of her wearing a feathered 'Colombia' headpiece and spending quality time with her family members with much dancing involved as well as an impressive Walk of Fame themed cake.

Golden Globe and Emmy nominated for her role as Gloria Delgaldo-Pritchett in 'Modern Family', the actress has also appeared in 'Wild Card', 'Chef', 'Machete Kills' and 'Fading Gigolo'. Now she stars alongside Reese Witherspoon in the upcoming action comedy 'Hot Pursuit' in which she plays tough-girl widow of a drug lord Daniella Riva who's being hunted down by some deadly crooks.

'We ruined a lot of takes', Vergara said in an interview, looking back on the hilarity of filming the movie. 'That makes you feel comfortable and excited because you see that the jokes are working'. She also admitted that felt 'lucky' to have a natural chemistry with Witherspoon despite never having met her properly before.