Sofia Vergara isn't stressed out about her upcoming wedding to Joe Manganiello because they have hired a wedding planner. 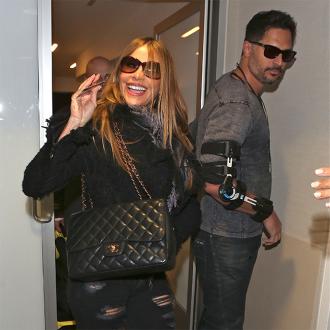 Sofia Vergara isn't stressed out about her upcoming wedding.

The 'Hot Pursuit' star, who got engaged to 38-year-old actor Joe Manganiello in Hawaii in December after six months of dating, has hired a wedding planner to prevent them from getting anxious ahead of their special day.

She said: ''We're already planning. The good thing is that now-a-days you can hire someone to help you and I have a great planner that is taking a lot of the stress away.''

It was initially reported the pair were keen to get hitched this summer but had to push back their plans until later on in the year because Joe will be busy promoting 'Magic Mike XXL.'

However, Sofia shot down rumours they were forced to postpone their big day and she admitted they hadn't actually signed anything to secure their preferred date at that time.

She said previously: ''I don't know, how can something be postponed when it has never been set? It's really funny.''