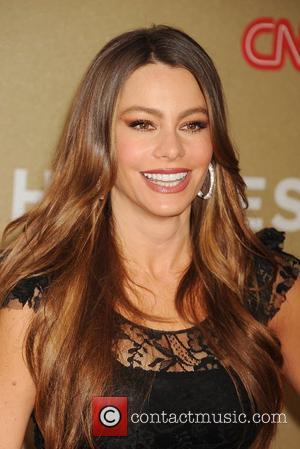 Actress Sofia Vergara became a heroine on New Year's Eve (31Dec11) after she and her medic cousin rushed to revive a reveller who had passed out in a casino.
The sexy Latina star of TV hit Modern Family and her entourage were leaving the club Hyde in Las Vegas when they spotted a woman tumble over in front of them.
Vergara recalls, "It was horrible... so I went running with the high heels and the champagne... My cousin, she's a doctor, so I was screaming for her in case it (was) something that was really bad... We realised that it was... (she was) drunk... We just stayed with her until the paramedics came and took over."