Sofia Vergara was determined to beat cancer for the sake of her son Manolo, 18. 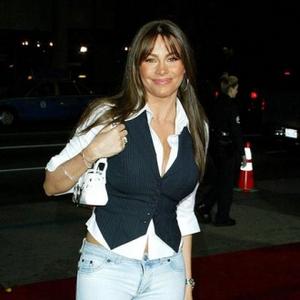 Sofia Vergara was determined to beat thyroid cancer for her son.

The outspoken Columbian actress was discovered to have a tumour in 2002 but knew she had to overcome the disease for the sake of her family, including her child Manolo, now 18.

She said: "It was a tough thing for me, but it made me much stronger. I have family and I'm a mother, and I knew I could get through it."

After recovering from the disease, 38-year-old Sofia - who is divorced from Manolo's father - went on to land the role of Gloria on TV show 'Modern Family' and she is delighted to have gotten the opportunity to play a strong Latina character - although she admits she sometimes goes overboard and doesn't even understand her own accent.

She told Ocean Drive magazine: "One of the things I'm very proud of is the fact that I am representing Latin culture with an accent so strong that I don't understand half the things I say myself, but it's good that there can be a loud Latina woman acting crazy on American television. America is ready for more Latin culture mixed in with its own."